Tim Gibson puts Volvo’s flagship SUV through its paces, and is impressed by what he discovers.

When Volvo launched the second-generation XC90 in 2014, it replaced a vehicle that had been around for more than a decade. The fact the original version had only just started to feel its age is testimony to Volvo’s skill in building cars that last. Indeed, as many a Volvo dealer will explain, the challenge facing them is not getting buyers into a new Volvo, but getting them out of their old one.

Even so, the all-new XC90 felt like a significant step up for Volvo’s flagship SUV. The technology was cutting edge, the economy revolutionary, and the level of luxury a class apart from the model it replaced.

Now, four years after its launch and three years before a third-generation model is expected, it’s interesting to see how the XC90 stacks up against its since-updated competition. Does it still feel as modern and classy against the might of the Land Rover Discovery 5? And what does the new Volkswagen Touareg do to the XC90’s status as SUV of choice at the school gate?

Having driven the XC90 extensively since it launched, I can say with confidence that it remains a credible competitor. No other all-roader in this class delivers such a combination of comfort and safety. And few – with the exception of the vehicles mentioned above – carry it off without seeming gaudy or just a trifle over the top.

This speaks of the thing I most admire about Volvo’s current model line-up. The company has upped the ante in terms of premium quality. But it’s done so without sacrificing its traditional ability to exude confidence without seeming flashy. For some, that’s a turn-off. They want the bling of a Range Rover Sport or Audi Q7. For me, it’s a definite point in Volvo’s favour. 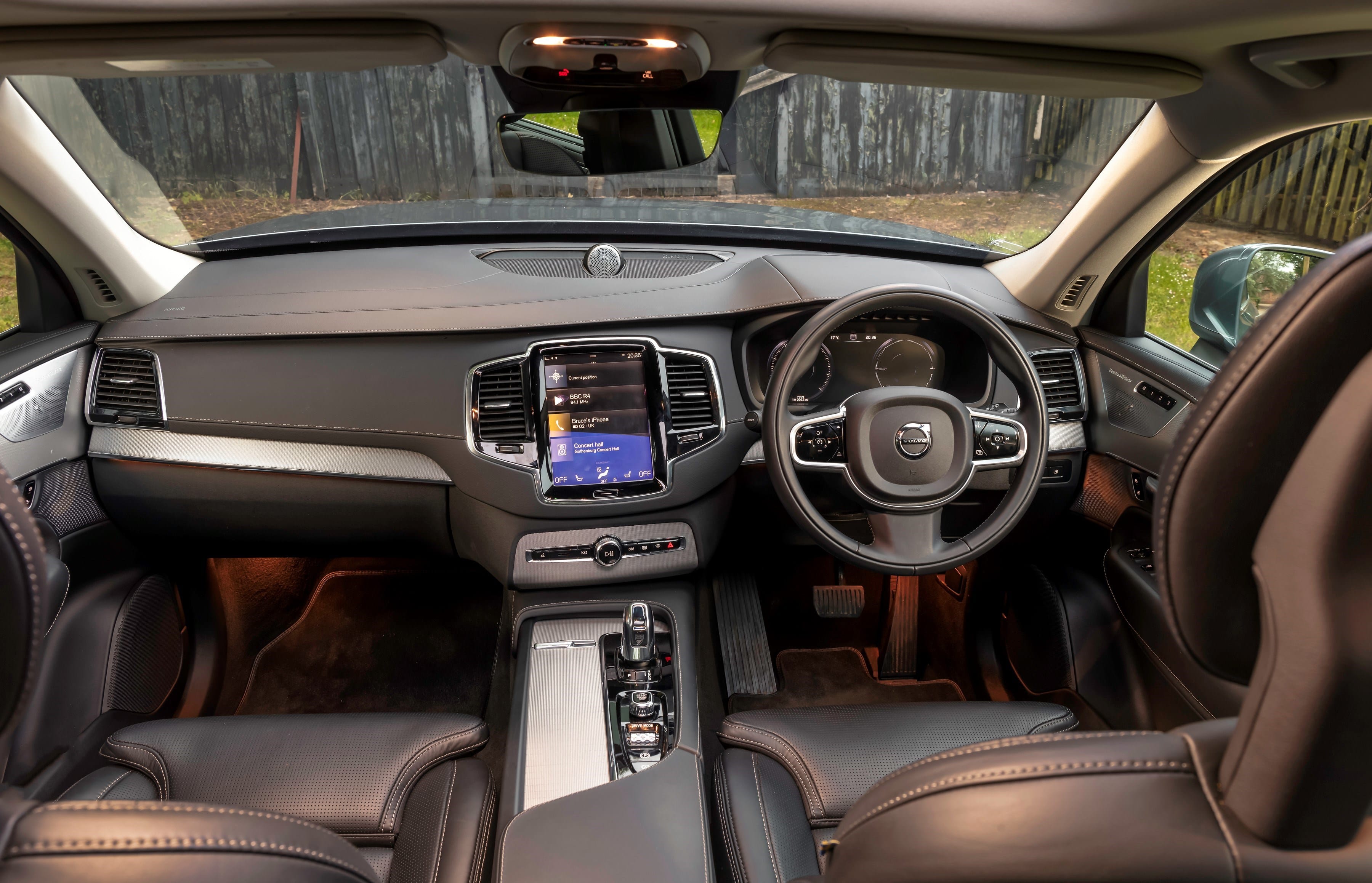 So the XC90 starts from a strong position. But it is by no means faultless. While the large touch screen in the centre console felt innovative when the car was launched, it’s already feeling a bit passé. I’ve always worried that it will develop glitches over time, just like the iPads it resembles. It would be an expensive but necessary fix, because pretty much all the interior controls – climate, stereo, sat nav – are housed there.

My principal criticism is that the touch screen is fiddly to use. Even after several long-distance drives in the XC90 and its tech-sharing stable mates like the XC60 and new V60, I feel as if I can’t master the controls without pulling over and giving the screen my full attention.

In a car that has always traded on its safety credentials, that potential for driver distraction feels like a shortcoming. Mind you, the Pilot Assist technology is a helpful counterbalance: it enables you to maintain a constant distance from the car in front, even if it stops in traffic, and will gently readjust the steering if you happen to wander from your lane on a motorway. On an all-night journey from Scotland to Somerset, this was hugely reassuring, playing a significant role in minimising driver fatigue.

The gutsy 232hp diesel engine plays a role here, giving a sense of effortless power at all speeds. I haven’t tried it, but the XC90 feels like it would be an accomplished tow car, with ample torque and the sort of weight that will pull trailers and caravans with ease.

For all that might, fuel consumption is pleasingly modest: you’ll get a real-world 45mpg out of it on a long run, and early-40s under mixed use. Buyers who want even greater frugality, as well as miniscule CO2 emissions of 59g/km, can choose the green-spirited T8 Twin Engine plug-in hybrid instead of this diesel variant.

This car points to Volvo’s future. The company is pursuing an ambitious electrification strategy and has announced that it won’t launch new models with diesel variants from the new S60 onwards. As the car maker with perhaps the world’s best credentials for acting responsibly (witness its altruistic sharing of the three-point seatbelt with other manufacturers when engineer Nils Bohlin invented it in the 1950s), this move should seem unsurprising.

For lovers of diesel-powered 4x4s, though, the current XC90 D5 is a treat. It provides a wonderful driving experience, with the automatic gearbox working effortlessly to maintain smooth forward motion on country roads, A-roads and motorways alike.

A flexible seven-seat interior makes the XC90 handy for families, and you can change the configuration in a matter of seconds. With the rearmost seats stowed flat, you’ll have a boot that can swallow pretty much everything needed for a two-week holiday, and still squeeze in your pet dog.

So the XC90 is credible as well as enjoyable to live with. Like the car it replaced, it’s proving to have an enduring appeal. In the midst of middle age, there’s still plenty to love about this gently ageing beauty. 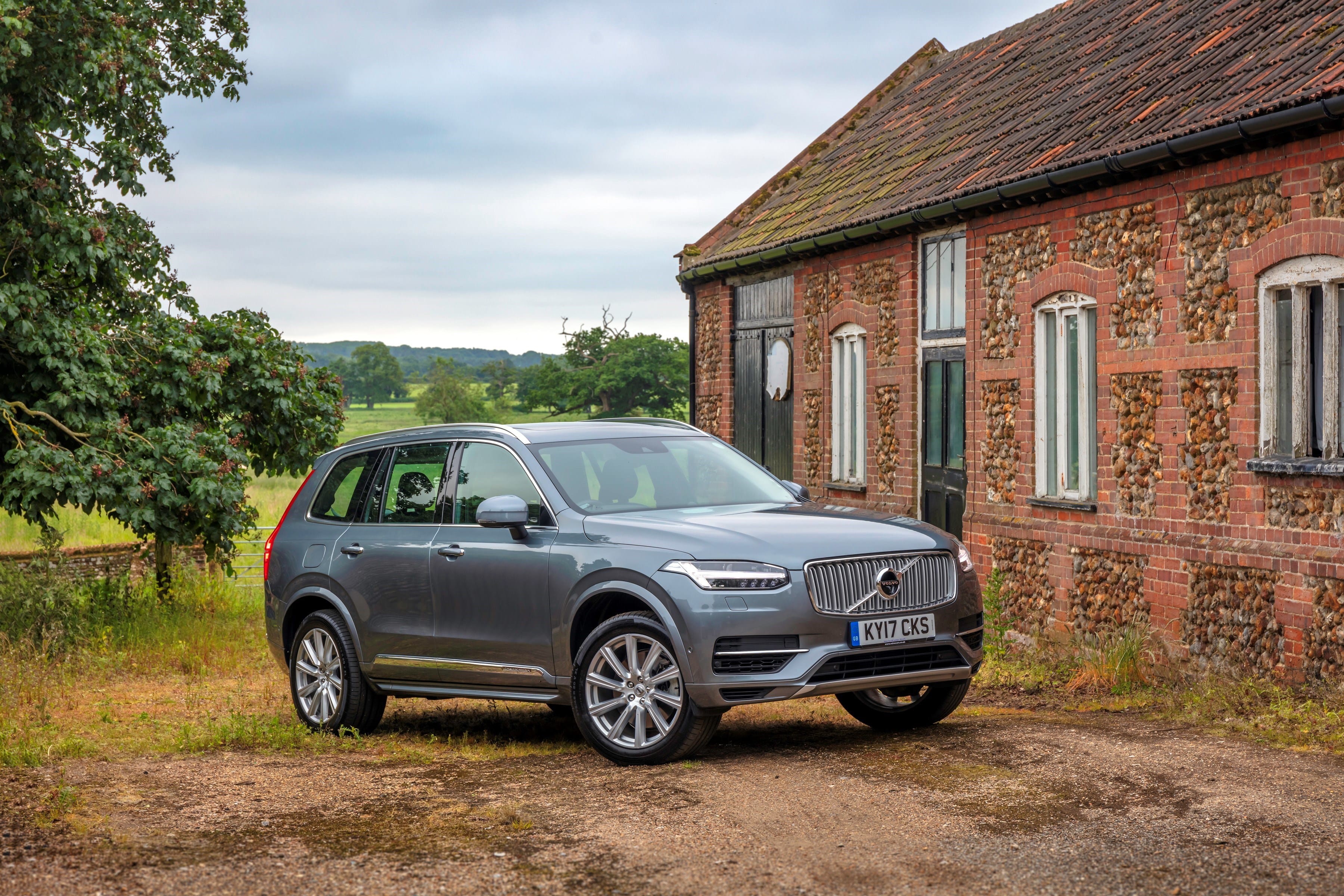 If you liked this article you may like to read – Just testing: Vauxhall Insignia Grand Sport 2.0 (170PS) Turbo D Elite Nav