Peter Foy has been rearranging his books - some authors are proving problematic.

As he rearranges his books, Peter Foy is with a categorisation problem; what does he do about Nigel?

A few days ago, I found myself sitting among several piles of books, re-arranging them on some new bookshelves that we had made. It’s really all part of the lockdown; too much time on my hands. The task which should have been the work of two hours at most occupied most of the day. I would pick up a book and caresses it, the older ones I would smell; then, of course, I couldn’t resist the temptation to open and read.

I did, however, stick to my task. The organisation of the shelves will, to the untutored eye look a little haphazard. But that is deliberate. Melvyn Bragg once said of his programme, In Our Time,

it is never knowingly relevant.

So, it is with the organisation of my books. There is a theme, but it’s one that reflects my mood and the way I feel about the books. Some sections are however very ordered. I keep collections together so, for example, the Oxford history of the British Empire is ordered by volume number. The complete Jeeves stories are all in one place. And, although we do not have many recipe books, it made sense to put them together. The cooks are the people who gave me a problem.

Nigel Slater was the first problem child. Of course, he is a food writer, but he is also so much more.

For over a quarter of a century, Nigel has been the food correspondent for the Observer. He writes about food in a style that reflects a personality. His prose is always informative, well-structured and entertaining. In one word; effortless.

When he gives instructions on how to cook a dish, he is only suggesting a way to do something.

I once cooked my wife a lunch and told her it was based on one of Nigel's recipes. She loved it and went to the Observer to read the recipe.

"But he used Lemon Sole, and you cooked Lamb!"

Not his recipe, his idea that he had shared with me. After the sharing what I did was up to me!

Slater writes with an economy of style and a knowledge of the English language that is remarkable. He doesn't want blind adherence to a recipe; he looks to inspire.

As well as numerous books on food and TV shows on the same he is an accomplished writer of biography and a dramatist.

Nigel’s writing has won the National Book Awards, the Glenfiddich Trophy, the James Beard Award, The Fortnum and Mason Awards, the British Biography of the Year and the André Simon Memorial Prize. Television awards include a Guild of Food Writers’ Award for his BBC1 series Simple Suppers and the BBC Food Personality of the Year. He is an honorary Master of Letters (MLitt). 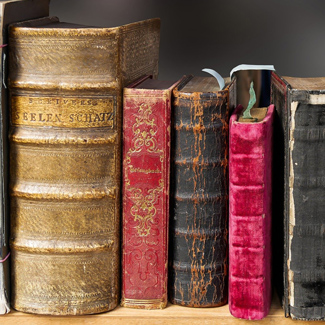 So, he doesn’t sit next to Delia on my bookshelf, rather he is nestled up against Francis Bacon’s Collected Essays and Rushdie’s The Moor’s Last Sigh.

Claudia Roden is another one. A great writer who happens to write about cookery. Born into a Jewish family in Egypt in 1936, Claudia’s first passion was art; fortunately, in my opinion, she fell into writing about food.

The Book of Jewish Food is, quite possibly, one of the finest books on the place of food in culture ever written. It earned her the highly respected James Beard Award for the Best Cookbook of the Year in 1997 and the National Jewish Book Award.

Roden’s books are respected for their writing as much as for their recipes. She always takes the reader into the story of the food. Why it is cooked this way. What it means to the people who cook it. Her recipes are folk tales set in a culture, time and place. Imagine Hans Christian Anderson or the Brothers Grimm writing recipes.

Her book on Jewish Food is, undoubtedly her magnus opus. But her treatment of Spanish food and Mediterranean food generically is wonderful.

So, the Jewish Food sits between Motyer’s commentary on Isaiah and Bruggemann’s The Prophetic Imagination. While her work on Spanish cookery bookends a shelf next to Zafon’s The Shadow of the Wind.

Next, I came across my copy of Elizabeth David’s French Provincial Cooking. Of course, it’s a great recipe book, as are A Book of Mediterranean Food and English Bread and Yeast Cookery. They are also great pieces of writing and significant witnesses in English Social History.

How important is David? Well, I am with Auberon Waugh who wrote that if asked to name the woman who had brought about the greatest improvement in English life in the 20th century, "my vote would go to Elizabeth David." On my shelf, her bedfellows are Daphne Phelps’ A House in Sicily and John Cowper Powys’ A Complex Vision. I cannot explain why.

Looking at my little library I have only one more literate cookery writer to decide on. Rick Stein.

Rick once made a TV series of canal trip across France, linking the Channel to the Med. It introduced us, the viewers, to great food, recipes, and cooking techniques. More importantly, Stein introduced us to the cultures that he encountered on the journey.

As a writer, he doesn’t match the sublime grace of my other writer cooks, but he is no slouch. An Oxford English graduate and lover of the arts, he has a gentle turn of phrase. His Weekends book and series were both brilliant. His odyssey down the Pacific coast is a tour de force. My small, and much loved, collection of Stein’s canon sits with Steinbeck’s Cannery Row, Tortilla Flat and, of course, Travels with Charley.

If you enjoyed this article, you may like: Why encouragement is the greatest motivator

You may also enjoy: Just on mental health and wellbeing