Being quarantined in China shouldn't be so much fun, but it is!

I live and work in China for most of the year. During the Chinese New Year's break, I usually go on holiday – needless to say, events overtook me

My two weeks holiday spent back in the UK became extended to two months. Just last week I finally got a call from my Chinese employers to say they would like me to return to work.

I ordered a pack of facemasks (now mandatory outdoors wear in China) and booked a flight. The price of facemasks was artificially inflated, as was my plane ticket. In order to catch an affordable flight, I booked an indirect one stopping at Bangkok, Thailand. The total journey time was more than 20 hours.

When my plane landed in Shanghai, we were told not to get up straight away. It was going to be a long wait. The staff had many procedures to attend to. They needed to make sure that everyone was safe. After two hours of waiting, I was finally allowed off the plane.

After being interviewed three times it was determined that I was outwardly healthy and was permitted to get on the bus to the place where I will be quarantined. The bus trip took two hours. When I finally walked into the room that will become my home for the next two weeks (it was 2 am), I simply collapsed into the warm, comfortable hotel bed. I believe it will prove to be the beginning of a beautiful, 2-week relationship with an isolation room that I will probably cherish for the rest of my life.

And that's where I am now, about 4 days into that relationship. As a creative person with indoor hobbies, (reading, writing, music, art) being confined to this room feels strangely liberating. It's obviously fun to have my own space, but it's also more than that. My needs are catered for. I don't have to go shopping, or even think about going shopping. My food is provided. I won't have to work until the two weeks is over. I can watch movies and browse Wikipedia for hours, knowing that the time is mine. It's blissful. 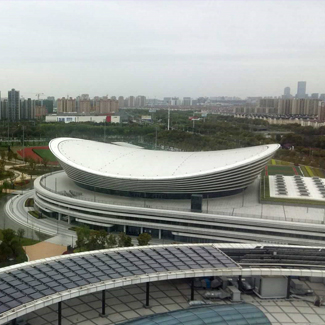 I have been provided with everything. My meals are brought by people in hazmat suits who leave food on a little table outside my door. I don't even have to interact with them. Breakfast usually comes with an egg, fruit and steamed buns. Lunch and dinner are generally rice-based (this is China, after all) and also come with a variety of fruit, meat, and vegetables. My supply of water and instant coffee is also replenished daily. As is toilet roll. (Another worry off the list.)

Admittedly, the relationship hasn't come without issues. The Wi-Fi is free, but in constant use by the entire hotel, and it is therefore unusably slow. It could have been a serious problem since I rely on the internet so much for learning and entertainment. It was an easy fix in the end though - I set up a wireless hotspot with my unlimited data plan. Sorted.

I also have to take my temperature every morning and every night. I've been provided with a little mercury thermometer. I use the armpit method, and I've also have been given wipes to disinfect it. It takes a twenty-second phone call to report it to the front desk, and then it's done.

I thought socialising might have been a problem, but it hasn't been. I've had many meaningful and fun conversations, more so than I probably would have had in any normal week. It's convenient to call friends and family via phone or video chat. I have colleagues who are also in quarantine right now, and we've been sharing ideas about how to entertain ourselves, from exercise routines to word scrambles. Some of the ideas are pretty eccentric. Learn to yodel. Design a new Mario Brother. Write a rap battle.

It's not what I expected. I don't know what I expected, but it wasn't as good as this. It feels like being on holiday. I may not know exactly what the coming days will bring, but I can honestly say that it's been a positive experience so far. I think I might even miss it when it's over. Being quarantined in China shouldn’t be so much fun. But it is.

If you enjoyed this article, you may like: Just gardening: what to do in spring

You may also enjoy: Inspirational People