The Marvelous Mrs Maisel could be the new Mad Men. Here’s why

As Amazon Prime’s drama about a housewife turned stand-up enters its third series, our TV critic examines its merits

Season Three of the Amazon Original The Marvelous Mrs Maisel dropped a few weeks ago, and aficionados of alternative comedy-drama rubbed their hands together with glee.

Since launching in 2017 the show has garnered a loyal following among lovers of creatively exciting, artsy boxed sets. If you enjoyed shows like Mad Men, The Sopranos and Breaking Bad for their deft storytelling and intelligent staging, there’s a high chance you’ll be similarly enthused by The Marvelous Mrs Maisel.

The fundamental difference between Maisel and these other shows is the lack of a deep-seated misanthropy. The Sopranos and Breaking Bad were both extremely violent, with regular bloodletting and scenes from which even the strongest-stomached viewer recoiled.

Mad Men wasn’t so obviously violent, but it nonetheless had an innate darkness. Remember when Don Draper/Dick Whitman’s half-brother Adam hanged himself in Season One? Or Lane Pryce’s suicide in Season Five? These are just two moments where the basic sorrow at the heart of the series comes to the fore.

Mrs Maisel, meanwhile, is essentially a happy show. It’s more of a comedy than the other series mentioned here, with several laugh-out-loud moments (not least Mrs Maisel’s stand-up routines, which are genuinely very funny). The staging often resembles a good old-fashioned farce, with exits and entrances managed to brilliant effect, and the performances delivered with pitch-perfect timing. 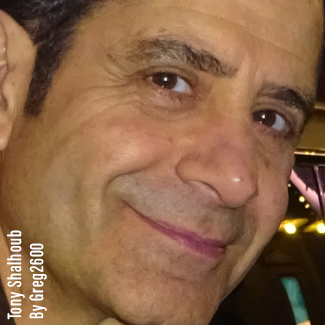 A standout performer is Monk star Tony Shalhoub. Playing the protagonist’s father, Abe (an eccentric mathematics professor, which suits Shalhoub perfectly), he embodies the very essence of the show: funny, clever and extraordinarily slick. You could almost imagine that you’re watching Maisel live at the theatre rather than on your flat-screen TV at home.

Here’s the basic premise: Miriam (“Midge”) Maisel is a housewife whose businessman husband wants to make it as a stand-up. It’s obvious from the get-go that he’s not good enough, and after bombing at a downtown New York comedy club he announces in a temper that he wants to escape his humdrum life. He leaves her for his secretary.

Midge responds to the breakdown of her marriage by accidentally launching her own stand-up career, first in a series of drunken rambles when she takes to the stage in a local club, and then in a more focused manner with the guidance of wannabe agent, Susie.

Where the show gets really interesting, and where the comparison with Mad Men and its ilk seems most justified, is in the development of other characters. All of the main characters get their own arc, and the subplots are every bit as compelling as the central narrative. Witness Abe’s transition from college professor to beatnik in Season Three, or his wife Rose’s brilliantly played rediscovery of her youth in Paris in Season Two, as two prime cases in point.

It’s the same in Mad Men. While Don Draper is our hero, the one whose destiny we're meant to most care about, we’re just as interested in the fortunes of Roger Sterling, Betty Draper/Francis and Peggy Olson. Heck, by the end of the series we’re even invested in the wellbeing of Don’s arch-rival Ted Chaough.

If the mark of a brilliant long-running TV drama is that it manages to be both the story of one person and an effective ensemble piece, Mrs Maisel shows every sign of shaping up to be the next small-screen icon (it’s already won 16 Emmys). It’s been getting stronger and more confident with each new season as the writers show greater willingness to play with form and innovate in their storytelling.

Then there’s the added magic, the X-factor that Mad Men had in spades, where even the unintended stuff becomes invested with meaning. Just look at the weird and whacky Mad Men fan theories to have emerged about the show since it first aired in 2007.

Perhaps that’s when the creators of The Marvelous Mrs Maisel will know they’ve truly achieved television immortality: when the internet is full of rumours and conspiracy theories about the series. It’ll need to run for a few more seasons before that happens. But with news that Season Four has been booked, there’s every reason to think the show has what it takes.

And until then, we can enjoy watching a programme that’s already at the very top of its game.

You may also enjoy: Five reasons why The Good Fight is the smartest thing on TV right now