Modern country music isn’t all about dead dogs and broken hearts. Here’s why you should definitely give it a go

For years, I’ve harboured an awful secret. Something so embarrassing that I’ve been scared to admit it in public. Something that I just know will elicit derision and disappointment from my fellow human beings, and so have kept under my hat or confined to the privacy of my car stereo.

But now I’m ready to admit it. To ‘fess up to my unfortunate predilection. I feel the world is ready to hear it, that we’ve reached a sufficiently enlightened state that I won’t be judged or admonished.

Maybe I’ll even be celebrated as a pioneering hero.

So here goes. My name is Tim Gibson and I love country music. Adore it. Can’t get enough of it. And have done for years.

I discovered country music as a teenager, thanks to my brother’s enthusiasm for Garth Brooks. When I heard his eponymous first album in 1989, I was immediately hooked. The combination of heartfelt lyrics, razor-sharp musicianship and Brooks’s distinctive voice were enough to make me an instant fan. 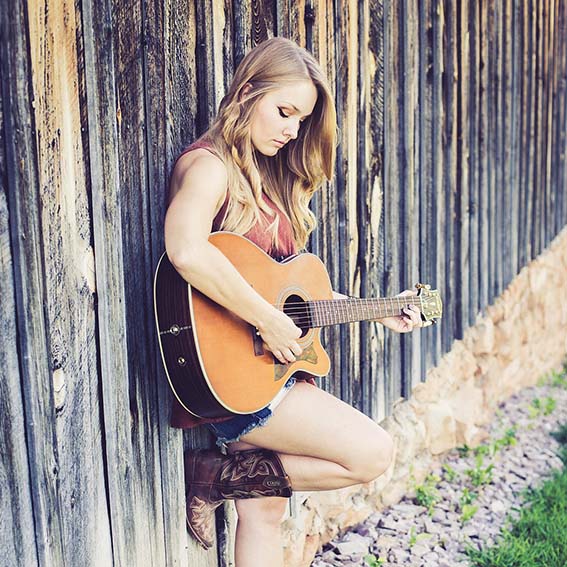 I’d never heard music like it, and went on to buy every one of his albums as they were released over subsequent years.

Inevitably, my tastes broadened as I became more familiar with the genre. I soon discovered Tim McGraw and George Strait, enjoying the former’s pop-tinged melodies and the latter’s classic country vibe. Then came the likes of Shania Twain, Tanya Tucker and Deana Carter – all of whom entranced me with the brilliance of their music and lyrical dexterity.

Oddly for a boy growing up in rural Sussex, songs about hard-working cowboys driving pick-up trucks and feeling broken hearted had a profound resonance. To this day, I’m never happier than with the windows rolled down while driving along a dirt road listening to a steel guitar.

But the thing you should know is this: modern country music defies stereotypes. Yes, there are plenty of songs that incorporate the standard tropes of dead dogs and hard graft in the dirt of the Deep South. But there are also loads that address topics such as racism, gender equality, public healthcare and education.

Singers like Mary Chapin Carpenter and Lori McKenna made their name by pushing at the boundaries of country music. Thanks to their brilliant song craft and obvious respect for the genre’s traditions, they’ve taken it to new places, attracting a whole swathe of fresh admirers in the process.

That’s paved the way for a new generation of country musicians whose popularity pushes them into the mainstream. Names like Blake Shelton, Luke Bryan and, of course, Taylor Swift are well known among music lovers across the globe. But their roots lie resolutely in the great traditions of country music. Their influences include titans like Hank Williams, Johnny Cash and George Jones.

All in all, then, country music is a rich and varied tradition that has something for everyone. Which makes it a surprise that more British music lovers don’t embrace it. Thanks to events like Country 2 Country, the genre’s profile has risen in Europe, and stations like BBC Radio 2 now give country songs more airtime than ever. But it’s a slow burn, meaning many miss out on a musical enthusiasm that is genuinely life enhancing.

Of course, in the US it’s a different story. Country music is very much the dominant force, with mainstream artists like Sheryl Crow, Richard Marx and even the great Bon Jovi all eager to secure playtime on country radio.

To help you discover the joys of the genre, here are eight of the best country albums for you to download today.

17 million people can’t be wrong. This album is country music perfection. The ideal place to start.

2. Mary Chapin Carpenter A Place in the World

From the opening bars of the first track, “Keeping the Faith”, to the wistful melody of the closing title track, this album is a wonder.

The title says it all: Strait is one of country music’s biggest and most enduring stars. This album shows you why.

4. Lori McKenna The Bird and the Rifle

A classic country singer of the old school, Alan Jackson has a deep baritone voice and sings from the heart. I defy you not to cry when listening to the title track.

This is the album that made McGraw’s name. Everywhere is a perfect blend of country traditionalism and classy pop hooks.

7. Shania Twain Come On Over

The album that helped Shania hit the big time. Produced by her then-husband RJ “Mutt” Lange (renowned for producing the likes of Bryan Adams, Def Leppard and even Lady Gaga), it’s a perfect pop-country crossover.

8. Deana Carter Did I Shave My Legs for This?

At first listen this album seems like a standard offering. But pay attention and you’ll hear a modern take on tradition, making it as fresh today as it was in the 1990s.

If you enjoyed this article, you may like: Five quick meals using barbecue leftovers