Workplace dilemmas: I feel trapped by my selfish colleague

This month’s issue for our agony uncle to resolve: how to deal with a colleague who’s always on the take

I am one of those fortunate people who loves their job. I work with a supportive team of fantastic colleagues who I really appreciate. We have productive and professional relationships and also enjoy each other’s company. As a result, once the work is done, we’re able to relax and have a joke.

It’s like a dream come true after many years of feeling unfulfilled and unhappy in my career.

There is, however, one fly in the ointment. I feel like one of my colleagues is taking advantage of my good nature. He’s a lovely person: warm, friendly, compassionate and very supportive as a colleague.

But he’s one of life’s takers. If there’s some way that another person can help him out he’ll grasp it with both hands. As my mother would have said: as far as he’s concerned, nothing is too much trouble for him to ask you.

It sounds petty, but I’m getting tired of always dropping him at the bus stop after a day in the office. We all work flexitime, which means I can stay late a few nights a week and take Friday afternoons off to collect my kids from school.

Trouble is, he comes to my desk at around 5pm most days and asks what time I’m going. Most people would take the hint when I say that I’ve a stack of work to finish before heading off. But, instead, he asks outright if I’ll run him to the bus stop so he’s not late home. 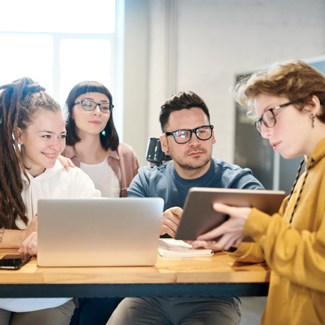 I always agree, even though I know it will involve me heading back to the office after dropping him off, taking work home with me, or not managing to enjoy my prized Friday afternoons off because I need to make up the time.

This is just one example of his failure to think about other people. He also has a habit of coming into my office when I’m right in the middle of a pressing task and emoting at length about what’s wrong with his life, his annoyances with other colleagues, or his aspirations for the next phase in his career.

On one level, I’m flattered that he feels he can rely on me in this way. We’re a very flat organisation, but I’m one of the more experienced members of our team, so I guess I have an unofficial seniority.

Even so, it’s a drain on me and, as I say, has an impact on my ability to work in the way I like to. I don’t want to cause ill-feeling in our close-knit and effective team. But I can’t help but feel I’m being taken for a mug. What would you advise?

This is one of the trickiest situations to find yourself in. If someone’s horrid, it’s far easier to stand up to them when they take advantage of you. But if they’re a nice person who slots in well with the team, it can be much harder to resist their requests for help.

But you have to think of yourself here. It is not your responsibility to take your colleague to the bus stop each evening. It’s his decision to take that means of travel, so he should factor in getting to the bus stop under his own steam. If he’s unable to walk the distance, he should book an Uber or buy a bicycle.

And if public transport doesn’t work for him without a lift to the bus stop, maybe he should think about some other means of getting to and from the office.

I repeat: it’s not your responsibility to transport colleagues home from work, especially when it has an impact on your working pattern.

Think of it this way: if doing him a favour means you can’t spend that additional time with your kids, who’s the loser? Your good deed is disadvantaging your family. And we all know where charity begins, right?

It’s a similar story with the interruptions when you’re focused on a task. In his book Deep Work, Cal Newport underscores the importance of being able to work without interruption. So this isn’t just about you not being able to complete the task before you. It’s also about creating the sort of working environment in which creativity flourishes.

I know you say you have a flat management structure, but I presume someone has oversight of your team? It may be worth having an off-the-record chat with them. They may be able to protect you from the endless requests for attention or favours. A timely intervention when your colleague is en route to your office could be just the distraction to protect your time.

It’s undoubtedly difficult to stand up to people who are nice but demanding of your time and energy. But you have to be a bit selfish here. If not, your resentment will fester, and you could end up losing your temper. The fallout from that will be far worse than some subtle avoidance tactics now.

If you enjoyed this article, you may like: Why becoming a dad completely changed my outlook on work

You may also enjoy: How to compliment colleagues: a five-step guide

Just Recruitment is recruiting for an Equity Release Advisor to join an established company based in Needham Market.