This evening will be the last Super Moon; a full Moon when the Moon is at its closest point to the Earth. To mark the event, and because we all need some distraction, Peter Foy has put together some factoids about our nearest celestial neighbour.

1. The Moon appears to be the same size as the sun. Actually, the Moon is 400 times smaller than the sun, but it is also 400 times closer; hence the illusion of parity. This also allows for the phenomenon of a full solar eclipse, when the Moon is directly in line with the sun it appears to block it out entirely. There will only be 1 total eclipse of the sun, visible from the UK, in the 21st That will take place on 23 September 2090, so there is no hurry to set your alarm clock!

2. Full Moons can affect human behaviour. According to a report in the National Criminal justice Reference Service in 1978: “Homicide and aggravated assault cases cluster around full Moons.” A study of data over a 5-year period in Florida, concluded that there was a marked increase in violent behaviour during a full Moon. Even more reason to maintain your social distancing tonight!

3. There is life on the Moon. On April 11 2019, the Israeli lunar lander, Beresheet, crashed into the Moon’s surface. The, frankly bizarre, payload is said to have included, human hair follicles and blood samples, samples from religious sites and several thousand de-hydrated tardigrades. Tardigrades are amazing creatures; 370 million years before the dinosaurs, the tardigrades had colonised Earth. They are proven survivors, the dehydrated specimens that crashed into the Moon are capable of reviving. And, who knows, maybe evolving. 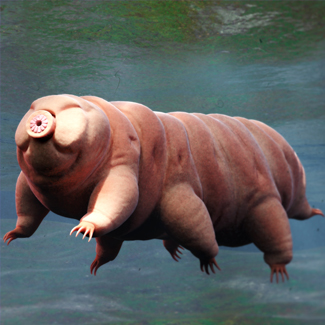 4. The Moon makes the Earth move. Most of you know that the Moon plays a part in the tidal movement of the oceans. As its gravitational pull moves the Earth’s body of water. What is less known, is that at the same time as the seas move, a tide of rock rises and falls. Less dramatic than the oceanic swell it is still measurable with the Earth’s surface moving by a few centimetres with each tide. So, if you feel the Earth move tonight; that will be the Super Moon.

5. The Moon is leaving us! Every year our satellite’s orbit gets slightly wider. It might not sound much but each year the distance to the Moon increases by nearly 4cm.

6. Lunar conspiracy theories. Last year NASA celebrated the 50th anniversary of the first manned landing on the Moon. However, there are plenty of people who say it never happened. Buzz Aldrin, who became, allegedly, the 2nd person to walk on the Moon, got so angry with one conspirator that he punched him. That was in 2002 and the septuagenarian astronaut escaped prosecution. At the other extreme of conspiracy theories, in 1945 Adolf Hitler faked his own death and fled, with his closest friends, to his lunar bunker. Now that is lunacy!

If you enjoyed this article, you may like: Fascinated by the 1960s Space Race? Read our brief history to find out more