The original stage play of Fleabag is on in the West End. Evie Prosser caught up with an NT Live screening at her local cinema

Two observations about living in the country: (i) the Metropolitan life described in Phoebe Waller-Bridge’s Fleabag can seem a long way distant, and (ii) watching a play like this in the West End is a logistical and financial challenge of considerable proportions.

All of which may lead you to assume that there would be little interest in Waller-Bridge’s name-making stage play out here in the sticks. And yet the seats of our local Odeon Cinema were pretty much stuffed with people wanting to catch the National Theatre Live performance of Fleabag last night.

So while the second observation rings true (it really is an expensive hassle to get to London and watch a show), the former is definitely wide of the mark.

Turns out every-day country folk enjoy ribald tales of female sex in the city just as much as our urban cousins. More so, if the laughter that pealed around Screen C is anything to go by.

The popularity of Fleabag owes a great deal to the phenomenally successful TV series of the same name. This was a breakout hit earlier in the year, with the second season prompting renewed interest in the first, and establishing Waller-Bridge as one of the brightest stars of UK theatre, TV and film. 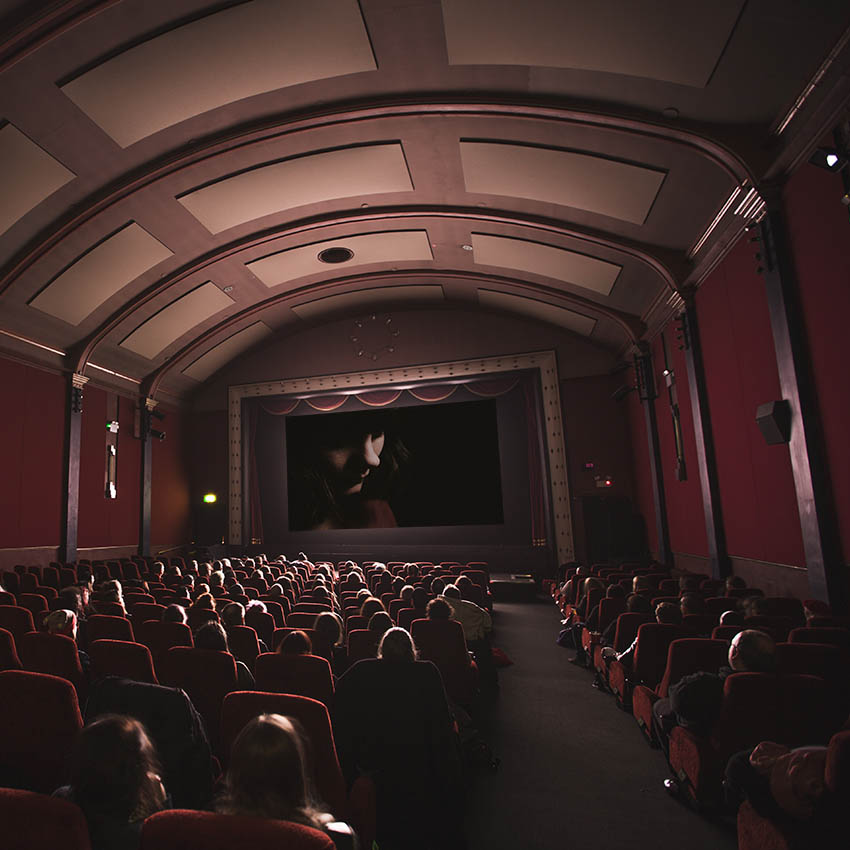 That makes its inclusion in the NT Live initiative fantastically well judged. For those who missed a chance to buy tickets to the show in London’s Wyndham’s Theatre, or who simply want exposure to high-quality drama right on their doorstep, the scheme is brilliant. It brings the theatre experience to the UK’s provincial towns, with many audiences laughing and clapping along just as they would at the live show.

It helps that Fleabag is genuinely a laugh-out-loud play. After a slightly shaky start in which you feel the TV-series-loving audience wondering if the original play will live up to their expectations, the script really gets into its stride. Waller-Bridge owns the sparsely made stage, delivering a monologue that is occasionally punctuated by recordings of other characters but relies for its brilliance on her skills in mimicry, mime and comic timing.

In this latter area, she is unsurpassed. Helped by the fact she’s delivering her own lines, she knows exactly how long to pause before landing a joke’s denouement. And such is her poise, the merest flick of her hair or raise of an eyebrow is enough to have you in stitches.

She knows how to do pathos, too. The monologue moves like quicksilver across the whole emotional register: frequently you can’t work out if the tears in your eyes are prompted by mirth or sorrow.

This, then, is the stuff of life. Not necessarily my life or your life. But a life, and one with enough texture that there’s something in its telling for everyone to enjoy.

Fleabag deals with sexuality, body image, intellectual self-doubt, grief, truth-telling, family relationships, the nature of friendship… too much to list, but all big themes that benefit from Waller-Bridge’s enviable blend of wisdom and a light touch.

Far from being overly worthy, though, Fleabag can at times feel like a stand-up comedy act. A telling line sees the character’s sister admonish her for delivering everything as if she were a comic. It is a moment in which Waller-Bridge’s own voice may be detected: although she’s keen to separate herself from her creation, it is hard not to view the play as at least partly autobiographical.

That points to Fleabag’s main appeal: it contains elements to which we can all relate. It feels real, and audiences like real – even when it is mediated through a stage and via a cinema screen.

Watching Fleabag as an NT Live performance was invigorating, therefore. I left with the same feeling I have when I do make it to town for a show: I was inspired, provoked and thoughtful, having been thoroughly immersed in a character and her story for the best part of an hour and a half.

As an initiative to bring the theatre to more places around the UK, NT Live is without rival. And given that for most of us Fleabag is first and foremost a TV production, it made perfect sense to see it on a screen rather than in the flesh.

That said, I can’t help but feel a bit regretful that we weren’t able to go to London and watch it at first hand. This play is so good, and the acting so mesmerizingly brilliant, I’d have loved to see it for myself. Then again, those trains to London do take an absolute age…

If you liked this article, you may enjoy: Three reasons why Killing Eve Series 2 was bound to fall flat (and why it’s actually still amazing)

You may also like: Five podcasts that will change your life