Six of the most wonderful Christmas traditions from around the world

Every nation has its own unique way of celebrating the festive season. Here are six of the best

It’s the most wonderful time of the year. The snow is glistening and Mariah Carey’s All I Want For Christmas Is You has been playing on the radio since the start of November.

Christmas is generally seen as the celebration of the birth of Christ. But it is a holiday celebrated by both religious and non-religious people. In Britain, the image of Christmas is one of decorations, Christmas carols and a roast dinner with all the trimmings.

Across the globe, people celebrate in all sorts of ways. Here are six of the best festive traditions from around the world, guaranteed to get you in the Christmas spirit.

Forget everything you think about Santa as a jolly old man. In Austria, Bad Santa takes to the stage each year. Bad Santa goes by the name of The Krampus, and he is not someone you want to run into.

The Krampus is depicted as a creature with horns and fangs: a half-goat half-demon monstrosity. As legend has it, The Krampus traditionally appears on the night before the Feast of St Nicholas (26 December). He carries sacks through towns, using them to carry naughty children away.

Today, The Krampus is still very much a part of Austrian Christmas tradition, but in a slightly more orderly fashion. Krampus Parades are popular, where people dress up as the character and march through their local town. 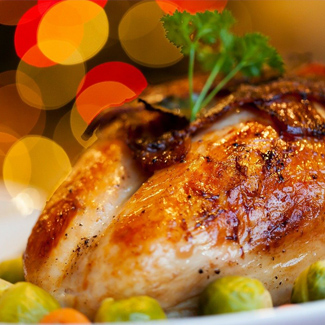 During December, the City of San Fernando becomes known as the Christmas Capital of the Philippines. The symbolism of light is important in the Philippines, and a large part of the festival is the display of giant lanterns.

The lanterns themselves represent the star that guided Mary and Joseph to Bethlehem and throughout December lanterns small and large hang outside homes, offices and along the streets. At night, the city is aglow, and the flickering lights are a sight to behold.

On Christmas morning, many Portuguese hold a feast in their homes. This celebratory meal is known as Consoda.

During the feast, many families lay a space at the table for dead relatives. They sometimes leave crumbs of food out for the souls of the dead, too. This act is supposed to bring luck, with the hope that the souls of their relatives will take the seeds and provide a bountiful harvest.

Since 1966, it has become Christmas tradition for a giant straw goat to be erected in Castle Square in Gävle, Sweden.

The original objective was to attract customers to the shops and restaurants in this part of the city. But the goat has since become a Swedish symbol of Christmas, and is placed in the same spot every year.

Unfortunately, a further tradition has evolved: attempting to burn the goat down.

If straw-goat-based arson is your thing, there is a webcam placed in the square from the first Sunday of Advent, meaning you can follow the sculpture’s progress from straw to tinder.

An ancient tradition in Norway is the belief that Christmas Eve coincides with the arrival of evil spirits and witches.

Superstitious Norwegians believe that these creatures steal brooms and use them to ride around towns terrorising folk. As a result, it is tradition to hide all the brooms in the household on Christmas Eve night. 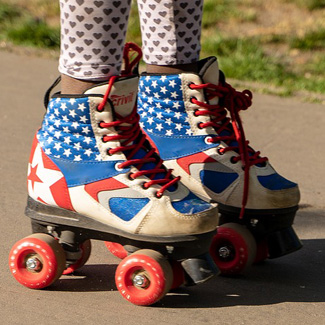 In Caracas, the capital city of Venezuela, there is a tradition of people roller-skating to early morning church services in December.

The tradition is so popular that roads across the city have to be closed to allow for the safety of the skaters.

On the days when early services are being held, Venezuelans light firecrackers and ring bells to wake up their fellow citizens and get them ready for the skate to church.

So there you have it: six weird, wonderful and in some cases downright wacky ways people celebrate Christmas across the globe. And while I am definitely open to skating across town on Christmas morning, I think I’ll leave the Krampus to the Austrians… Happy Christmas!

If you enjoyed this article, you may like: How to enjoy Christmas without breaking the bank

You may also like: Give your Christmas a bit of polish