*Spoiler alert: the following article contains plot information for Series One and Two of The Split*

If you enjoy superior soaps like Succession, Downton Abbey and The Crown, the chances are you’ve already fallen in love with The Split.

The drama is being aired weekly on BBC One, or you can follow my example and binge the whole lot on the iPlayer (and politicians think the TV Licence is a waste of money – honestly!).

This is the set-up for the two series that have aired so far. Lead character Hannah Stern, played brilliantly by the ever-reliable Nicola Walker, has a marriage that’s, well, complicated.

In Series One she learns that her husband of 19 years (barrister Nathan, who Stephen Mangan plays with a characteristically sure touch) signed up to an online platform that matches wannabe cheats with partners. He’s slept with his match four times.

That’s not the whole story, of course: Hannah holds a torch for a partner in her law firm, Christie, who trained with her and Nathan. In a shocking twist, it’s revealed towards the end of the series that she slept with Christie the night before marrying Nathan.

Add in the complexities of Hannah’s decision to leave her family firm and join a competing practice and you have the perfect recipe for some high-quality escapism.

Series Two offers more of the same. At the start, Hannah is engaged in an illicit affair with Christie while she tries to patch up her marriage. And, as the truth gradually reveals itself, including Hannah impulsively telling Nathan about her eve-of-wedding indiscretion, you can imagine the fallout. 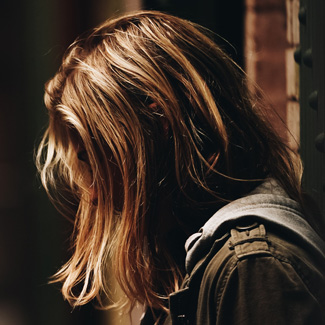 All of which has led to some frank exchanges of views in our household. I’m very much on the side of Hannah: her husband went out of his way to cheat on her, while she’s spent two decades of marriage quelling her desire to bed Christie.

My partner, meanwhile, is in Team Nathan. He reckons signing up to the cheating website was a reaction to Hannah’s unspoken love for Christie. Sees it as a classic “always-been-three-people-in-this-marriage” situation that made his decision to seek solace in the arms of another woman inevitable, if not excusable.

And so our viewing of The Split has been interrupted by frequent pausing while we debate the moral conundrums at its heart. Do two wrongs make a right? Are you better to confess to misdemeanours, even though you know doing so will cause untold hurt? Do you follow your head or your heart when choosing a life partner?

Part of the genius of Abi Morgan’s peerless writing is that she’s happy to leave viewers – and her characters – dwelling in the moral murk. She’s not interested in neat answers, tied up carefully with bows by the end of the series to bring a satisfying sense of resolution.

Instead, each episode, each series, ends with further uncertainty, creating a deep sense of unease that helps you imaginatively enter into the lives of the characters. When Hannah confronts the end of her relationship with Nathan, you’re right there with her in flashbacks to his compassionate parenting of their three children, juxtaposed with his irrepressible rage at her for breaking his heart, set against his own duplicity.

All of which means there are no easy answers in The Split. But on one thing we can all agree: the most cheerful, well-balanced people in the series are Hannah’s hard-up little sister and her devoted husband. Tellingly, they’re the only characters to have eschewed life as high-flying lawyers.

Turns out the old adage about money and status not making you happy rings true. Who knew?

If you enjoyed this article, you may like: I spent £8.99 on a book about silence so you don’t have to

You may also enjoy: Five of the best sitcoms to cheer up your winter