Erling Kagge’s book about silence has become a global bestseller, but is it worth the hype?

Before we begin, let me make something plain. I like Norwegian explorer, writer and publisher Erling Kagge’s book about silence. I enjoyed reading it, which I did in one sitting after picking it up in a National Trust shop.

Silence: In the Age of Noise is just the sort of book that will grab a person’s attention during a weekend stroll around a historic property. Its cover says the book is a reflection on the opportunity holding silence creates to gain perspective in a busy world. For a noisy workaholic like me, that sounds like good medicine.

Drawing on his experiences as a polar explorer (Kagge was the first person to complete the astonishing feat of trekking to the North and South Poles as well as summiting Everest, the so-called “Third Pole”), Kagge weaves anecdote with some light-touch philosophical reflection and no small amount of psychobabble to create a narrative that is one part poetry to three parts self-help.

He certainly knows how to turn a phrase (presuming translator Becky L. Crook has been faithful to his original text). There are moments that could almost be beautiful, were it not for the fact that they are laden with portend.

Consider the following as a case in point: “Life becomes more exciting when emotions are given more space to play. I feel, and then I think, therefore I am.”

It’s a brace of well-hewn sentences, with a neat play on René Descartes’ famous cogito ergo sum dictum. But it encapsulates my reservations about this book, and others like it. 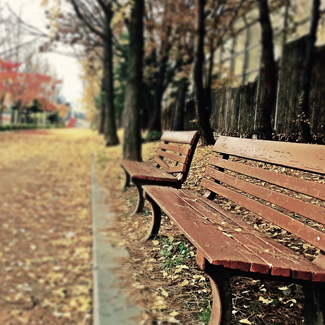 First, it’s written in a heavily stylised way, almost as if the author is saying: “Look! What I’m saying is really important. It’s going to change your life. It’s deep, this. Read it and feel yourself transformed.”

Second, and more fundamental, I worry that writing of this ilk panders to the very dispositions it is seeking to critique. Kagge writes because he is interested in helping people go deeper into life, to live a more nourishing existence. But his engagement with philosophy, poetry, and even the lived experience of human beings rarely goes deeper than your average Facebook post.

When philosophers or other writers are mentioned, they are named in passing, sometimes with only their surnames being referenced and often with scant bibliographical detail (what “I can easily recall” reports the author in the final pages, before listing some brief references). If you want to learn more about Martin Heidegger, say, who appears at various points in the book, you’d do better to buy a primer on his work. At least that will get the details of his thought straight, resisting the rather pick-and-mix approach favoured by Kagge.

It’s not that Silence is a bad book, and nor do I doubt the author’s sincerity. But it could easily be mistaken for something it really isn’t: a piece of critical reflection that will enliven your intellect.

Consider the logical fallacy at its heart. A recurring theme is that silence cannot be commercialised. It can be enjoyed for free. But alongside that, Kagge makes frequent reference to the expensive silent retreats he’s enjoyed over the years. And let’s not forget the fact that his book, about silence being free, costs £8.99 and has sold millions of copies worldwide.

So there it is. Buy Silence if you want an easy read that’s cleverly crafted to make you feel as if you’re dwelling in the depths. But if you want a book that gets to grips with the challenge of finding peace in a busy world while displaying genuine intellectual heft, read Andy Merrifield’s The Wisdom of Donkeys instead. That’s what popular philosophy should look like.

If you enjoyed this article, you may like: Why winter is the perfect time to barbecue

You may also enjoy: Once I discovered that “grass-is-greener syndrome” is a thing, I felt a thousand times happier about my restlessness