Want to get into classical music? These five pieces will help

Classical music can seem intimidating to the uninitiated, but repays a closer listen. Here are five great pieces to get you started

It’s easy to think that an appreciation of classical music is the preserve of society’s elite. A pastime for those who enjoy the subtleties of a good aria or the joy of a well-executed sonata.

In fact, there is evidence to suggest a link between listening to classical music and intellectual ability. But that shouldn’t put the rest of us mere mortals off enjoying it, too.

There are plenty of riches to be had from extending our musical horizons and opening our hearts and minds to new sounds. So here, to help get you started, are five brilliant pieces of classical music that are sure to inspire and entertain in equal measure.

One of the most beautiful orchestral works ever written, Mahler’s Fifth is a sublime piece of music from the late-Romantic period. Swooping strings, soaring melodies and the wonderfully evocative Adagietto, as featured in the film Death in Venice, all make for a musical masterpiece.

To really enjoy the splendour of Mahler’s composition, check out Leonard Bernstein conducting a performance of it by the Vienna Philharmonic. Two musical greats, brought together in perfect harmony. 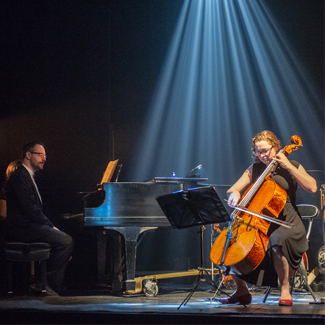 There are many versions of this deceptively simple piece, but the arrangement performed by piano and ‘cello remains a firm favourite. The two instruments work beautifully together to build the melody, which has a haunting, ponderous air.

For many, Rachmaninoff is the master of tuneful classical music, but his choral works are often much harder listens than his ensemble or orchestral pieces. For example, the Liturgy of St John Chrysostom is a difficult, but ultimately exquisite, composition.

If you’re new to choral music, a Requiem is an intense but hugely rewarding place to begin.

Not for the faint of heart, Mozart’s Requiem remains the benchmark. It is stirring, occasionally unsettling, and never less than mesmerising. To see it performed live is a treat without rival.

(If you want a gentler introduction to the Requiem genre, you could do worse than listen to Faure’s offering. It’s still dramatic, but with a softer character than Mozart’s.)

4. Karl Jenkins, The Armed Man: A Mass For Peace

While we’re on the subject of gentler choral offerings, contemporary composer Karl Jenkins’s The Armed Man is a beautiful piece of work.

Jenkins, who was the brains behind the distinctive Adiemus vocal group in the 1990s, combines a variety of musical traditions to create a fascinating and profoundly melodic soundscape. It is impossible not to be moved by this composition, with the Agnus Dei proving a particular highlight.

No beginners’ guide to classical music is complete without a mention of Beethoven, who is second only to Mozart in the all-time popularity stakes.

Most people would reach for Beethoven’s Fifth when seeking an introductory symphony. But Symphony No. 7 is a more rewarding listen, perhaps precisely because it is not so well known.

Whatever the reason, tune in and turn the volume up. Beethoven needs to be enjoyed on good-quality speakers or headphones, with nothing to distract your attention apart from a glass of good wine or single malt.

If you enjoyed this article, you may like: We need a better politics, and it needs to happen in person

You may also enjoy: Is home working all it’s cracked up to be?