Why no man should ever break these five style rules

Fashions change, but style endures. Here are five rules that every man should be aware of if he wants to dress well

Everyone can spot a well-dressed man, even if they don’t have an eye for fashion. There’s a certain je ne sais quoi that oozes from a gentleman with style.

It’s not always about being up with the latest fashions. In fact, sometimes being too fashionable can detract from a person’s style, making them seem like a try-hard. Instead, it’s about carrying yourself with a certain elegance and confidence, inhabiting your identity and treating your appearance as an extension of your very being.

So, how do you get it right if you’re a 21st century bloke? Follow these five rules and you’ll be well on the way to style stardom. 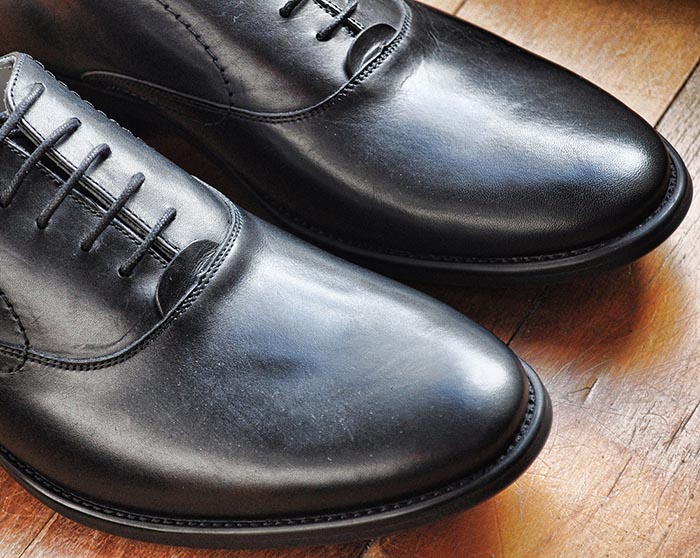 This men’s style rule is as old as the hills – or the banks, anyway. It originates from the City of London, where a neat black shoe has long been regarded as the only acceptable accompaniment to a sober business suit.

The government’s social mobility commission reckons this rule may disadvantage less affluent job seekers, by imposing an arbitrary standard that they simply aren’t aware of, and which has no bearing on a candidate’s quality.

But put it this way: black shoes don’t cost any more than brown shoes. So if you’re buying footwear to accompany your suit, black is best. Unless you’re Kenneth Clarke MP, who is famous for his brown Hush Puppies (which, as his memoirs reveal, aren’t actually Hush Puppies at all).

Another straightforward one, this: if you’re wearing a two- or three-button blazer or suit jacket (and we’d always recommend the former if you don’t want to look like a provincial bank manager), don’t fasten the bottom button. And when you sit down, undo all the buttons so your stomach doesn’t bulge through the material in an unseemly manner.

The only possible exception to this rule is double-breasted jackets, which enjoy the occasional renaissance among fahionistas. While it’s always best to leave the bottom button undone, some style guides, such as this one from Esquire, say you can do them all up, provided the jacket still sits well around your torso. It’s up to you to decide… but, if in doubt, keep it undone.

Oh, and while we’re on the subject of jackets, you know never to wear a suit jacket with jeans, right?

Double cuffs are good for business

Peter Foy, director of Just Recruitment Group Ltd, has a simple rule when dressing for business: “I don’t feel ready for work unless I’m wearing a double-cuffed shirt.”

This classic style looks smarter, and offers the chance to accessorise with understated cufflinks (see the point about novelty accessories below for further guidance on that score). What’s more, it’s easier to shoot the sleeves of a double cuffer: they have more bulk, so are more likely to stand proud of your suit sleeves in that quintessential James Bond way.

One more shirt-related tip: never roll the sleeves up, unless you’re a doctor or vet on his rounds or a politician trying to look like you can get things done. That’s what David Cameron did in the run-up to the 2010 general election. And look how he ended up.

Avoid novelty accessories. At all costs

You know those snooker-themed cufflinks your daughter bought for Christmas? Or the musical Father’s Day socks? As much as they may bring a smile to your face, it’s probably best not to wear them in public.

Stick with plain, classy accessories that don’t try too hard. You can inject personality into your clothing with a dash of colour in the form of a pocket handkerchief or a striking tie.

But if you want people to know you’re a lifelong Jaguar fan, just tell them when you meet rather than wearing a big-cat tie clip. Or better still, turn up in an E Type. That’ll really make an impression.

There are two reasons to choose carefully when you buy a pair of shoes: comfort and appearance.

The first is the most important. If you’re wearing a pair of shoes all day long, you don’t want to be in agony by the end of it. So make sure the shoes you choose are supportive, cushioned and a really good fit.

As for their appearance, shoes are one area of fashion where buying cheap really does show. Whereas an inexpensive suit can still look good so long as the fit is right, as this article from FashionBeans makes plain, cheap shoes will always look, erm, cheap.

If you’re on a limited budget, resist the urge to skimp on shoes. Buy your suit from Sainsbury’s or Burton’s by all means. But go to a decent shoemaker for your footwear. You won’t regret it.

If you enjoyed this article, you may like: Changes in English football