Although recently the news has been pretty much dominated by the pandemic, news items about climate change and threats to the environment are still making headlines!

We have become so much more aware of the problems and the issues involved. It affects our food security, water requirements for food production and we need to deal with the consequences, in particular with the polluting affects chemical fertilisers has had on our soil and rivers. But when it comes to the facts of the matter, it can be bewildering at times to understand it all and to know how we can best make a difference.

The case for not using chemical fertilisers

The use of chemical fertilisers has an impact on the environment and our health too. Did you know that organic farms have around 50% more bees, butterflies and other pollinators? Non-organic farming in Europe has led to 20% of common birds and in some places 75% of flying insects disappearing. To produce fertilisers you need to burn fossil fuels and although they boost crop production, they also produce more weeds which mean more herbicide sprays. Chemical fertilisers ruin the quality of the soil leading to soil loss, reduced yields and the run-off leads to ‘dead zones’ in our waterways that kill off aquatic life. Fertilisers are toxic to humans and evidence shows they have a significant health impact, practically to farmers in poorer countries. 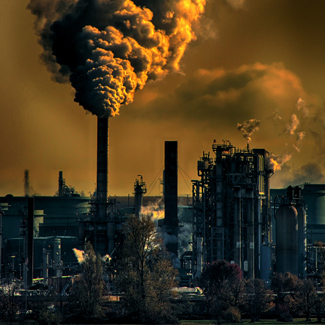 If all of us were to eat organic food, not only would it be beneficial for our health but also for the whole planet and its ecosystem.

In terms of health benefits for humans, there is limited scientific research on the matter (compared to scientific research on foods in general). However, there is increasing evidence that eating organic foods can be beneficial. Apart from the absence of such things as pesticides and antibiotics in our food, organic foods have been shown to have more of the good stuff. Research by Newcastle University, UK, found that organic food contains significantly higher levels of “nutritionally desirable” antioxidants compared to conventional crops (British Journal of Nutrition). Similarly, another study published in the British Journal of Nutrition showed that organically raised meat may also contain higher amounts of healthy fats. 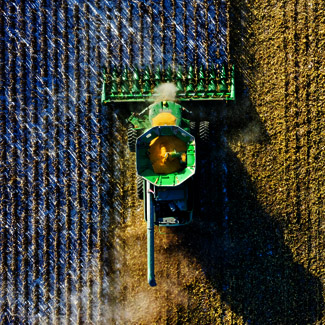 As to long-term health benefits of organic over conventionally produced food, (in regard to scientific research), the jury is still out on that. More research is needed but personally, when weighing up the pros and cons, when you look at the impact of pesticides and chemical fertilisers upon the environment, I know which one I prefer.

It seems governments and international bodies are also starting to think that organic farming is the future. Already studies have looked at what an organic future would look like in terms of the impact on the environment, animal welfare, human health and the economy. The Rodale Institute carried out a 30-year study comparing conventional farming systems to organic ones. Its study shows that organic farming uses 45% less energy and is more efficient. It also showed that conventional systems produce 40% more greenhouse gases and performed worse than organic during periods of drought.

To find out more about organic farming and it’s benefits visit the Soil Association website at www.soilassociation.org.

Steven Dale is a retired nurse who is also a vegan, buys organic and non-GMO foods as much as possible.

If you enjoyed this article, you may like: It's the way you tell it that counts!

You may also enjoy: The Royal Horticultural Society’s garden at Wisley may never be the same!