Anyone who manages a team needs to learn these theories

Can’t get your team on song? These teamwork theories may help you understand why

It is hard to think of a workplace in which teamwork doesn’t form at least a part of the dynamic among employees. Even solitary activities such as academic research or writing require cooperation with other people at some time or another.

Trouble is, teamwork isn’t always straightforward. Indeed, as Peter Foy, director of Just Recruitment Group Ltd, explains, it can be a recipe for disaster.

“Everyone knows the old clichés about working in teams,” he says. “There’s always someone who doesn’t pull their weight. Then there’s the overbearing wannabe leader of the pack, who always has to be in charge. And then you have the shy retiring types whose brilliance is hidden by their inability to speak out.”

As it happens, Mr Foy says codifying some of the personality types involved in teams and making a virtue of them can actually be the path to team-working success.

“If every participant in a team understands the preferences and personalities of the people they’re working with, it enhances feelings of mutuality and reciprocity. Somehow, knowing who you’re working with makes it easier to put up with their foibles.”

Such an insight lies behind one of the most influential management theories of the twentieth century: Dr Meredith Belbin’s “Team Roles At Work”. 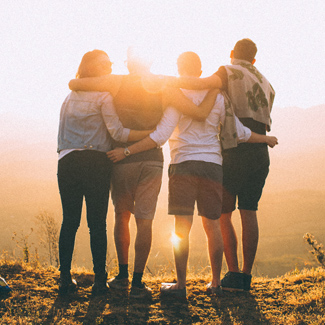 Belbin originally studied Classics at the University of Cambridge, but swapped to Psychology when he tired of reading ancient texts. He went on to become a leading figure in the study of human behaviour at work, and this expertise led him to formulate his groundbreaking theory concerning the roles different people play in a working environment.

In Team Roles at Work, Belbin outlines nine roles that participants in teams typically occupy. They reflect preferences such as a love of collaboration, a desire to organise, attention to detail, or a commitment to seeing tasks right through to completion.

By studying your team at an individual and collective level, it’s possible to identify the mix of “roles” at play. As Mr Foy explains, “That’s a helpful starting point to encourage collaboration, and also enables managers to identify the specific contribution each team member is likely to make.”

Of course, understanding the make-up of your team is one thing, but getting it to function effectively is quite another. “It’s so often the case that frustration creeps in when a team doesn’t seem to be on song,” says Mr Foy. “But, actually, it’s all a part of the natural order of things, as another team-working theory explains.”

This theory is associated with Bruce Tuckman, an American psychologist who published his “Stages of Group Development” in 1965. Tuckman identified four stages that a team moves through when it is first pulled together. They are:

“By using Belbin and Tuckman, teams and their leaders can find ways of dealing with conflict,” says Mr Foy. “These theories, which are grounded in observation of the realities of team working, also help teams to persevere through hard times. They’re invaluable in helping groups deliver, whatever the context.

“As ever,” he concludes, “greater understanding yields positive outcomes for everyone. It shows the value of theory in driving business success.”

If you enjoyed this article, you may like: Where’s the value in your values?

You may also enjoy: What are catalytic mechanisms?