What are catalytic mechanisms?

Every business wants to achieve its objectives. Catalytic mechanisms are one guru’s recommended way of going about it, as Ernest Richardson explains

The American company Granite Rock has a 100-year history of selling aggregates and asphalt in the Watsonville area of California. When two brothers took over the running of the company in the late 1980s, they decided to take it to the next level. Their aim was to achieve a quality of service that compared to a leading department store, renowned for customer care.

This sounds like a bold ambition for a company that specialises in business-to-business sales in a hard-nosed industry. But the brothers were not cowed by the scale of their objective.

At the heart of their approach was the introduction of “short pay”. They offered customers the option of not paying for products if they were not satisfied with them, or felt the service provided by staff had been inadequate.

Every invoice issued by the company has a notice inviting customers to cross out any payments they are unwilling to make, and settle their balance without them included (but with no expectation that the goods in question will be returned).

The result of this brave offer was profound. It served as ample motivation to the company’s staff to ensure they delivered the very highest levels of service and quality. And it has enabled Granite Rock to grow its share of the market, while charging a 6pc premium for its materials.

The story is told by US business guru Jim Collins, near the start of an influential essay entitled “Turning Goals Into Results: The Power of Catalytic Mechanisms”.

This article, first published in the Harvard Business Review in 1999, mounts a surprising argument about driving business growth. Rather than achieving their goals by means of vision statements and inspirational talks from senior management, which Collins says can become “stultifying bureaucracy”, he believes businesses should put in place systems that drive results.

Short pay is a good example. With this in place, Granite Rock’s staff only had one way to go: they had to ensure they lived up to their bosses’ (and customers’) ex 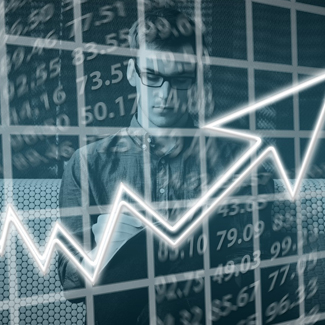 pectations. If they did not, the company would not be profitable, and they would most probably be out of a job.

This speaks of an important feature of catalytic mechanisms, as Collins describes them. They are creative, out-of-the-box processes that yield surprising outcomes, precisely because they don’t follow the conventional rules of management.

3M’s decision to let every employee spend 15pc of their time pursuing their own research projects is another example. This initiative led to the invention of products like Post-It notes and reflective number plates – all because the workforce was given the space to explore, experiment and play.

Collins does not give a simple definition of a catalytic mechanism, perhaps because they can take so many forms. It may be something that prompts greater creativity in the workplace, or gives staff a strong incentive to achieve excellence. It may be an innovative management structure that devolves power to the shop floor, or enables talented colleagues to progress to the top without passing through the ranks.

The Police’s Direct Entry programme is an example of a catalytic mechanism being employed by a UK organisation. It enables experienced senior managers to enter the force at Inspector or Superintendent level, in an effort to bring fresh perspectives to its way of operating.

Similarly, the decision by companies such as Netflix to give staff absolute freedom about the amount of holiday they take shows how breaking convention can yield positive results. In this example, Netflix has achieved substantial growth, thanks in no small part to its motivated, creative and highly productive workforce.

“It’s important to understand that catalytic mechanisms aren’t about being different for the sake of it,” explains Peter Foy, a director at Just Recruitment Group Ltd who has an interest in business strategy. “They’re not about being whacky or zany. Instead, they are about finding mechanisms you can introduce to motivate the workforce, drive change, and ensure the highest standards.”

Crucially, another hallmark of a catalytic mechanism is that it distributes power more evenly in an organisation, apparently reducing the clout of senior managers. As Mr Foy remarks, “That’s an indication of the boldness associated with Collins’s approach. Only brave managers will cede power. But in doing so, they display confidence in their staff, and may well enhance their standing among employees.”

Simply put, you could say that catalytic mechanisms involve acting counterintuitively: taking the risk of undermining management, not counting leave days, offering customers a chance not to pay for goods received, or whatever. But at heart, each of these mechanisms involves putting trust in the power of an organisation to achieve its ambitions. So they are actually expressions of faith in the business and its people – and that’s about as good a management technique as anyone can employ. 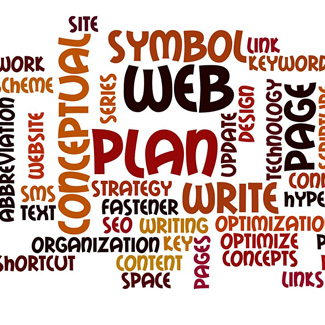 “Businesses that have confidence in their workforce to achieve desired objectives are destined for success,” says Mr Foy. “That is the consistent theme in Collins’s examples of catalytic mechanisms. Successful businesses don’t harangue their staff or bother them daily with vision statements. They set up conditions in which they can do their jobs, give them an incentive to thrive, and leave them to deliver results.

“It’s simple stuff,” he concludes. “But, as Collins’s work has shown, it is highly effective.”

If you liked this article, you may enjoy – Five ways AI is changing the recruitment industry

You can look at our open vacancies here.