So you want to learn about philosophy? Let these five books be your guide

Everyone has to start somewhere in their quest for deep truth. Here are five books about philosophy to help your searching

Questions like: why am I here? Why is there something rather than nothing? Is there a God? What’s the nature of right and wrong?

As you can see, the chances of finding an easy answer to any of these teasers are remote. But that doesn’t make the task fruitless. In fact, generations of thinkers have been drawn to tackle these and many other questions, creating a whole tradition of philosophical enquiry on which we can draw.

All of which begs another, simpler, question: where to begin? If you want to start wrestling with philosophy, these five books may just provide a way in.

1. Philosophy: The Basics, by Nigel Warburton

Ask any teacher of philosophy to name the best primer in their discipline and Nigel Warburton’s gem of a book is sure to be mentioned.

Now in its fifth edition, Philosophy: The Basics is a classic of the genre: clear, well informed and intellectually rigorous. In short, the perfect introduction to one of the most difficult subjects you can study, which makes it ideal for anyone hoping to establish an interest in philosophy without the guidance of a teacher. 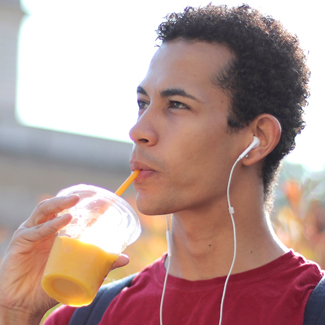 The Very Short Introduction series is always a good place to go when you want an overview of a discipline. Running to nearly 700 titles, it covers a range of topics and each volume is written by an expert in their field.

They don’t come much more expert than Edward Craig. A former philosophy professor at Cambridge, his Philosophy: A Very Short Introduction is characterised by brevity, accuracy and brilliance.

Covering a board sweep of philosophical discourse through the ages, the book gives you a solid orientation to life’s biggest questions, and points to resources that help answer them.

3. Ideas That Matter, by A C Grayling

A C Grayling is a well-known public intellectual who currently serves as Master of the New College of the Humanities. Ideas That Matter is perfect for the listicle generation, in so far as it organises itself around key themes, offering economic but accurate explanations of each.

This structure makes it the perfect book to dip in and out of, but it’s also a rewarding read if tackled from front to back. Keep it in your loo and work through methodically. You’ll find your understanding of philosophy advances at a rapid pace.

Sometimes the best way into a subject is through stories rather than theory. That’s the insight that Norwegian novelist Jostein Gaardner used as his starting point for Sophie’s World.

The book reads like an adventure story, which means there is plenty to keep you hooked. But in reading, you’ll encounter a whole range of philosophical concepts, all explained with a deft touch.

Jostein’s novel was a global bestseller and has been made into a film and a computer game. If you want to study philosophy but don’t know where to dive in, this is your answer: here!

5. The Wisdom of Donkeys, by Andy Merrifield

Andy Merrifield wanted to escape the pressures of academic life, so he took a donkey for a walk around the Cévennes National Park in France. As an accomplished philosopher, it was perhaps inevitable that his reflections on the experience would be rather deeper than your average travelogue.

And thus was The Wisdom of Donkeys brought into being. Not intended as a philosophy primer but instead as a reflection on the benefits of taking life slowly, it’s nonetheless a fantastically readable way into this complex subject.

Read The Wisdom of Donkeys and you’ll understand the connection between philosophy and living a good life. Donkeys, it must be said, are optional.

If you enjoyed this article, you may like: So you want to be a writer? These five books will help you get started

You may also enjoy: The songs that made me