The songs that made me

As part of our ongoing series, Just Recruitment director Peter Foy recounts singles from the 1970s that he couldn’t live without

A while ago I shared with you my best albums of the 1970s. I did it because I loved that time and because the Just Recruitment Group website gave me the perfect platform to indulge in some nostalgia.

Now I have the chance for another look back on my youth, with a series about my favourite singles from the 1970s.

In this era, there were bands that delivered albums. Works of art that could not be sullied by having any one track released as a single. I think of Genesis, Emerson, Lake and Palmer, Pink Floyd, and many others.

There were other bands that targeted the singles market.

The 45rpm disc was a staple of 1970s life for any and every teenager. That’s where the pocket money went. Whether at school, university or in our first job we loved singles. And I mean loved.

So, inspired by Johnnie Walker’s great radio show, I am going to share some 1970s singles with you. I can’t do a top 10, because it’s too hard. So here’s the first of a number of reflections on the great music from the era that made me. Happy listening! 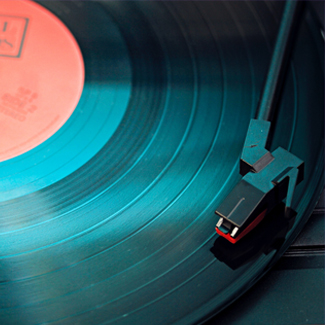 I do not believe for one moment that this is the greatest song of the 1970s. It’s probably not even Van Morrison’s best song from the era.

But I am confident that if you were to appear on Pointless, and were asked to name a 1970s hit that no one else thought of, picking “Moondance” would be a big mistake. It’s bound to feature in a number of answers. Everyone loves it.

Bowie was always on the edge. Testing and challenging our accepted norms. In this beautiful song he says it’s okay to be different.

He turns normal on its head to say look I’m dancing with a girl, but I am still yours. I’m your man and you’re my man. This was one of the step changes that made Bowie such an important figure to the gay community.

We need a single! That’s how this started: BBC’s Top of The Pops wanted Queen. So, Queen needed a single. Seven Seas was chosen. And it’s my favourite Queen single of all time.

Honestly, I am not being influenced by the current buzz about Elton and this song. It appeared when I was a pre-teen and I loved it. Then as a teenager I sang it to my girlfriend. We loved it. It’s still on my playlist, and probably always will be.

GOS appeared on the ‘70s music scene and came very close to becoming a phenomenon. Then he had to go away and fight a long legal battle. And although he emerged victorious, his career never really got back on track.

He did create a catalogue of brilliant songs, though. “Nothing Rhymed” is the best of the bunch.

The best of the rest

If none of the above song choices resonates, here are a few other favourites that may hit the spot.

Eric Clapton “Wonderful Tonight”: Never a hit in the UK. Eric’s soulful love song was huge in Japan and the Netherlands. It has become a go-to wedding song. It is also my favourite song that has no literary value. I hate it and love it in equal measure.

Al Stewart “The Year of The Cat”: This was huge in the 1970s and then completely forgotten. Do what I did. Listen to it. WOW!

Don McLean “American Pie”: God and Don are the only people who know what this song means, but everyone can sing it! And they do, frequently.

Carly Simon “You’re so vain”: Back in the day I would go into the uni coffee bar, buy a drink and look for people I knew. I would go to their table via the jukebox. Four songs: one for me (probably Dylan), one for my girl (probably Bowie), one for my best mate Glyn (always the latest hit), and one for the room: “You’re so Vain”. The most played single at my uni’s coffee bar in 1979.

Paul Simon “50 Ways to leave your lover”: I used to see Paul Simon as a poor man’s Dylan, which was very unfair. This beautiful song deserves its place in the pantheon of 1970s greats. Listen to it, though probably not when your partner’s nearby!

If you enjoyed this article, you may like: The best 10 albums from the 1970s (in my opinion)