How to avoid slipping up on social media

Don’t let photos of your drunken exploits get in the way of landing your dream job. You’d be surprised how much recruiters can find out about you online

Let’s be honest: we’ve probably all done a few things that we’d rather forget. But in this age of social media, evidence may well be lurking somewhere on the internet in the form of incriminating photos or posts from the past.

In most cases, these souvenirs of our weaker moments won’t be too problematic. Perhaps they’re bleary-eyed snaps after a sweaty night out or throwbacks to the awkward haircuts of our teenage years. We may wish these cringey moments could be forgotten forever, but they’re harmless enough.

But for some people, their social media outpourings are harder to forgive. Maybe they’re ignorant comments about race or gender posted in the hubris of youth. Perhaps they’re boasts about a lifestyle that we’d sooner disown.

Whatever the weakness, by broadcasting it on social media, it has been put in the public domain. And there it stays, just waiting to be discovered.

According to a study by the Society for Human Resource Management (SHRM), employers are increasingly making social media checks a standard part of candidate selection.

A massive 84 per cent of recruiters include social media as part of their recruiting process. 43 per cent screen potential candidates through search engines and social media before offering them an interview. And more than a third disqualify candidates if they don’t like what they find.

Many people have fallen foul of this scrutiny. For example, beauty vlogger Laura Lee came under fire last August for racist and fat-shaming tweets she posted in the past. As a result, she lost half a million subscribers and saw some of her collaborations with brands pulled from sale. 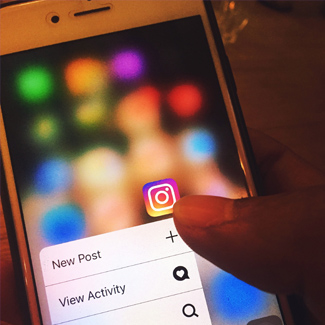 Meanwhile, notorious Floridian security guard, Doug aka Paul Flart, lost his job after posting bizarre videos of himself breaking wind while at work.

Finally, a UC Berkley graduate named Connor Riley reportedly blew her chances of a prestigious job at tech firm Cisco after tweeting "Cisco just offered me a job! Now I have to weigh the utility of a fatty paycheck against the daily commute to San Jose and hating the work." Shortly after, someone who claimed to work for the company replied, “Who is the hiring manager? I’m sure they would love to know that you will hate the work. We here at Cisco are versed in the web.” Riley was left red-faced – though, on the plus side, she probably doesn’t have to worry about compromising her ideals for a fat salary, after all.

So, the question for would-be employees is: how can you avoid slipping up on social media? Emma Kershaw, director of Just Recruitment Group Ltd, says it’s all a question of being social media savvy.

“It’s always wise to scan your social media before beginning any job hunt,” Emma says. “Make sure you go back to the earliest possible posts and remove any silly, childish or just plain offensive comments, pictures or content from your pages. Recruiters don’t want to see pictures of you with three bottles of wine inside you. Similarly, what you found funny at 13 probably isn’t so amusing now, so make sure you’re thorough with your social media checks. Even if an offensive or insensitive comment was made years ago, it can still count against you in the eyes of a potential employer.”

With so many ways to slip up, it might seem easier just to delete all of your online profiles. But Emma says that having no social media presence can set alarm bells ringing too.

“If you don’t exist in the online world, this can be a red flag to recruiters. It can seem as though you either have something to hide or aren’t particularly tech-savvy, neither of which is the best impression to make on a potential employer.”

Emma advises creating a LinkedIn profile or Twitter account to show employers more about yourself beyond the confines of your CV. She also says it’s all right to keep some things private online.

“A professional, well-managed twitter account and LinkedIn profile will let employers learn a bit more about you, but it’s perfectly acceptable to keep your personal social media protected. In fact, it’s good to keep your work and private life separate.”

Finally, it’s always wise to keep your thoughts about your job off social media. Even if you’ve had the day from hell, resist ranting about it online.

“Posting negative comments about your current or past employer is a huge no-no,” says Emma. “It can make you seem as though you aren’t committed to your job, leading a recruiter to think you’ll bring the same bad attitude into their company.”

Click on our Top Tips Guide link if you are actively seeking for a new job.

If you liked this article you may like to read: Five habits of great employees