Can the entitled stand aside; the willing are coming through

80 years ago, this country, snatched something from the jaws of defeat. It wasn’t a victory. It wasn’t the beginning of a victory, but it was bloody marvellous.

Dunkirk. A point in time.

The country had experienced nine months of nothingness.

Politicians, like Halifax, Baldwin and Chamberlain, had been shown to be past their sell-by date.

Our troops were trapped in France; outsmarted by the blitzkrieg tactics of the Nazis.

And into this moment of despair came hope.

A victory of people being people.

While the military expertise of Vice Admiral Ramsay was essential in the planning of Dunkirk. It was the little man, in his little boat, that created the miracle.

80 years on, we face a new enemy. Coronavirus. And I believe, that we need something of that Dunkirk spirit. I don’t like the war analogy being used too much, but the fact is we are at war.

We must, however. also acknowledge the times have changed.

If, when I was a pupil at Alec Hunter school in the ’60s, I had suggested that we would have a female Home Secretary called Priti Patel and a Chancellor of the Exchequer called Rishi Sunak it would have been laughable. Indeed, if I had suggested that I, a mere girl, would build a company that would create employment for over a hundred thousand people, they would have put me in a straitjacket!

The world has changed. We need to change with it

Over the past 10 weeks I have seen my business brought to the brink of collapse.

We have survived for 2 reasons.

First, the inspirational intervention of Mr Sunak, the Chancellor of the Exchequer. His economic initiatives have been brilliant. 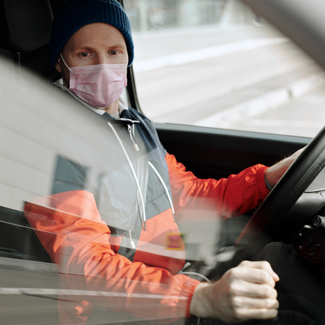 Secondly, through the amazing efforts of Just Recruitment’s industrial temp Teams. They have kept the business going as they support our many clients.

We don’t, yet, have a toehold in the future. We can’t see the upturn in the economy. But we do have a base that we will grow from. We’ve been here before and we are ready for the challenges ahead. The greatest challenge will be people’s attitudes.

Personally, I have been frustrated over the past weeks by people that I call the “entitled”. Let me give you 2 examples.

My first tale relates to a lady who had been temping for us with a commercial client. She had resigned back in February to start another job. Then the crisis hit and the job didn't work out. So, she came back and asked that we furlough her. We offered her work.

“No,” she said, “furlough me. I am entitled to be furloughed. The government will pay me.”

We offered her work. Work as a key worker, work in a business that is making a difference in the fight against coronavirus. But that is not what she wanted; she wanted her entitlement.

Secondly, there are the "hill runners". I am astounded at the number of companies that have made for the hills. They used our services prior to the collapse, which means that they used our temps to do their work. We have paid the temps’ wages but these companies have now taken the view that they don’t need to pay bills until “it’s over.”

For over 30 years I have been used to talking with companies about their cashflow issues. I have stood by them, I have helped them. Suddenly I have a generation of SME businesses that have shut up shop and made for the hills. They owe Just Recruitment money; they should be talking to me and my team.

The Chancellor, is, in my opinion, an incredibly brave and brilliant man. I believe that what he has done, lays the foundation for the future economic success of our nation. I believe that the Government is doing its best. Whether or not you or I voted for them, they are what we have. Maybe it’s time to stand behind them.

80 years ago, a lot of entitled people wanted to get rid of Churchill. They wanted to sue for peace with Hitler. Churchill, stood firm, stood resolute. He was what we now call Churchillian.

What is often forgotten, is that another man stepped out of the shadows. A modest man and he said

His name was Clem Attlee. He was the leader of the opposition, a socialist, a long-time opponent of Churchill. He and Churchill set their differences aside in the national interest. 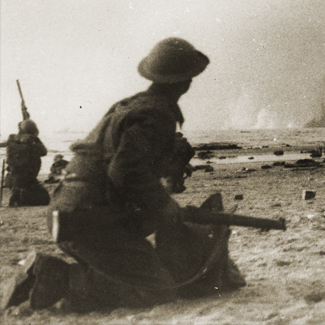 There were those who said the Attlee was entitled to more when he agreed to form the national government.

He wasn’t interested in his entitlement. His only objective was to win the war. And if that meant committing his resources to his opponent then he would do it.

Clem Attlee and Winston Churchill were only interested in people who were willing. They were not concerned with entitlement, they wanted commitment. Incidentally, they also became friends.

When I started Just Recruitment, the country was being re-created, socially, politically, and economically. It was a painful process. Thatcherism was not easy, but it worked.

The society that emerged out of the 1980s was a new world. The winter of discontent, long forgotten. The constant friction between capital and labour, forgotten.

Back then, my brother gave me a paperweight. A ceramic slab with the letters JFDI engraved on it.

“Just do it” he replied.

As we prepare, to enter the next phase of the war on coronavirus, we do not need people who feel that they are entitled to drive to the ends of the world.

We need people who are willing to put their shoulder to the wheel to change the world.

People who will get in their little boats, ignoring the shells and shrapnel.

People who will JFDI. (Remembering that the F is silent).

You may also enjoy: EACH's chaplain - finding strength through weakness