Just Recruitment has published its gender pay gap data under new regulations introduced by the government last year. The legislation requires companies employing more than 250 people to publish information about their gender pay and bonus gaps.

Just’s hourly mean pay gap for women is 16.8% higher and its median pay 4.6% higher than men. This compares with the national mean pay gap of 17.4% in favour of men, according to a report in The Guardian on 28th February 2018.

The company’s mean bonus pay gap for women is 507% higher than men.

The government also requires that companies provide analysis regarding the distribution of female workers in each quartile. While Just’s workforce has 28% women and 72% men, 60% of the women are in the upper 2 quartiles of the workforce with one third (33%), being in the top quartile.

Just Recruitment supplies large numbers of Temporary workers, in un-skilled and semi-skilled roles to the region's industrial companies. Traditionally this is a male dominated sector, hence the disproportionately higher percentage of men employed by Just Recruitment.

Peter Foy, Director at Just Recruitment said: “We welcome the Government’s action on gender pay gap reporting, which should spur employers into action to remedy the pay gap seen across the UK. Creating a diverse and inclusive workforce culture is core to Just Recruitment’s values.” 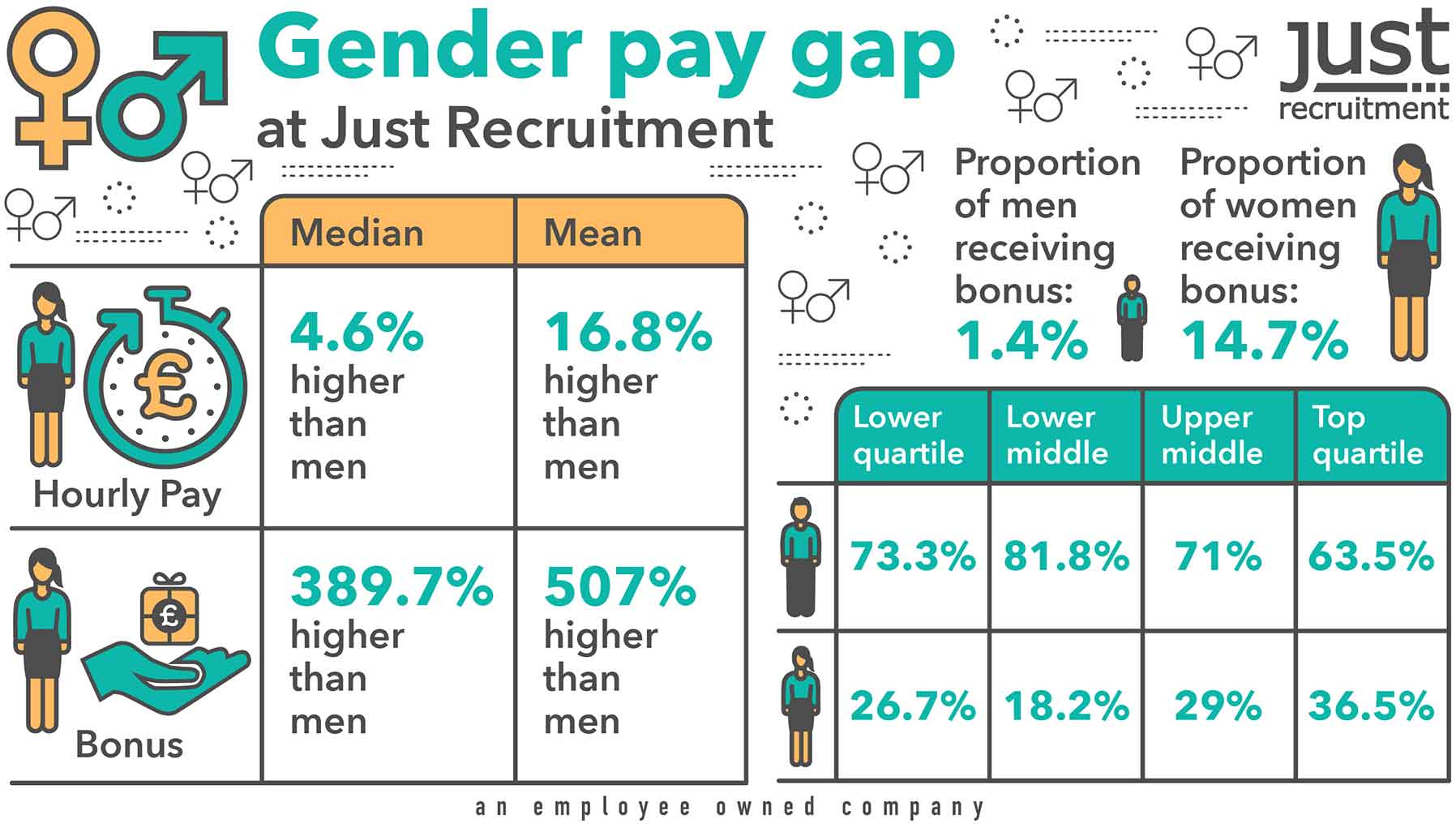 If you liked this article you may like to read – The knowledge: find out what you stand for

You may also like to read – 10 jobs of the future