A space to be

When your son has a rare genetic condition and needs additional support, EACH provides a place of refuge, refreshment and care

Andrew Revitt says that people are unsure how to talk to you when your child has a disability, additional need or is ill. They worry about saying the wrong thing or causing offence.

So often they don’t say anything at all, or skirt around conversation through fear of getting it wrong.

But when he is at The Treehouse, EACH’s Ipswich hospice, things are different. There, people know just what life is like for him and his wife Penny. They know how to provide succour and support without crowding or causing awkwardness.

They know how to give the Revitts space to be, secure in the knowledge that they are understood, and that the most important person in their lives is safe and nurtured.

That person is Sam: Sammy to his Mum and Dad. He was born without any sign of illness, but his development appeared to stall at six months old. He was diagnosed with epilepsy at seven months old and his consultant set about trying to find out the reason why.

Sam would be four and a half years old before he was diagnosed with a rare genetic condition that significantly limits his cognitive and physical abilities. 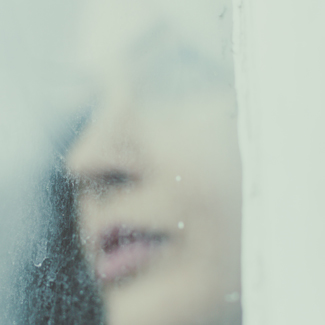 He can’t sit or stand without support. He has a wheelchair and although he can be fed during the day, he needs top-up feeds through a peg in his tummy overnight. He’s had a major operation to insert rods in his back, which are extendable so that they can grow with him. He is susceptible to infections, and visits to hospital are a fact of life for the Revitt family.

For all that, Andrew says he is sure that Sam enjoys life: “He can’t talk, but you can see him interacting with his eyes. He recognises people and shows excitement when he sees friends and family. He’s a joy to be with and we relish his company.”

Even so, living with a child who has disabilities takes its toll. Andrew says that he and Penny are frequently tired because they’re caring for Sam. They are limited in what they can do socially and with their free time, because of the necessities of caring for and feeding Sam, and ensuring he’s comfortable.

With no local family support on hand, they can experience the understandable burnout and isolation that comes from their situation.

But East Anglia’s Children’s Hospices has been a real support. Some years ago, Penny found out that the charity offers respite care to parents of children with life-limiting illness. She asked to access its services.

“People think that a hospice only cares for children who are dying,” says Andrew. “But a significant part of EACH’s work is geared towards children just like Sammy: those whose lives are restricted, but whose condition isn’t terminal.”

By providing respite care every couple of months, EACH has given Andrew and Penny an invaluable lifeline. “We sometimes spend the time going on trips or doing ‘normal’ things like meals out or visits to the cinema,” Andrew says. “Other times we’ll catch up on housework or DIY. And whatever we do, it’s so reassuring to know that Sammy is being looked after by people who understand his needs and show genuine compassion in everything.” 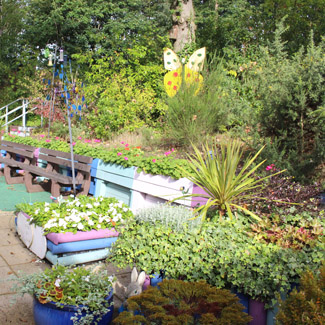 This is the special feature of EACH’s services, both in hospices and out in the community. It is characterised by a deep care for patients and their families, helping them to live every second, even if life is curtailed by illness.

“We thoroughly enjoy the events that EACH organises,” Andrew says. “Treefest, the music festival, is a real highlight, and Penny and I regularly attend socials for parents and family carers. I recently went to a men’s and male carers' steak and beer evening, and such events are a real support. Being male, we don’t tend to talk much about our children’s illnesses. But it’s great to be in the company of people who ‘get it’, who understand the impact on a parent’s life of living with a child with a disability or chronic illness.”

At heart, EACH provides a community for people like Andrew and Penny, just as much as it does for Sam. “It is a place where we feel comfortable,” he says. “It doesn’t feel like a hospital, and there’s never any pressure to get involved in anything we don’t want to.

“Best of all, The Treehouse feels normal. It’s a safe and supportive space where we are very much at home.”

Such is the depth of Andrew’s feeling for EACH, he’s a staunch supporter of the charity. “Most people don’t need EACH, so while they are sympathetic to its objectives, it doesn’t have an impact on their lives. But it serves a huge geographic area and needs all the support it can get. Only about a fifth of its funding comes from the NHS, so it is reliant on the generosity of donors.

“By supporting EACH, people make a tangible difference to patients and their loved ones. For many of us, the charity is a sanctuary in the midst of very challenging circumstances. It provides a place to call home. It helps us to feel at ease in the world.”

If you enjoyed this article, you may like: When words run out: meet EACH’s art therapist

You may also enjoy: A history of the hospice movement