EACH’s Christmas fundraiser was fronted by Griff Rhys Jones and featured many of his showbiz pals. Peter Foy was there to watch

Putting together an eclectic mix of performers to provide an evening’s entertainment for a great cause is laudable. But there is always a slight risk that the entertainment is not as laudable as the cause.

So I’m pleased to report that Tuesday night’s “Happy Christmas Ipswich” at Ipswich’s Regent Theatre was laudable on every count.

The brainchild of veteran entertainer and EACH Ambassador Griff Rhys Jones, the evening brought together a range of talent that spanned the generations. From the delightfully talented Connie Lamb, who is just 19 years old and sings with a maturity and emotion that belies her years, to Rick Wakeman who has a CV that starts in the 1960s, every act was first class.

Griff, as you’d expect from a man who has been at the top of his game for four decades, was confident, relaxed and very funny. His suggested app that will manage calls to aged mothers should really be on a crowd-funding site. 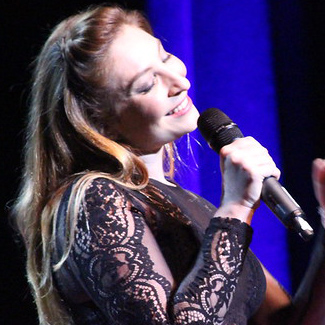 Jess Robinson kicked the evening off with a humorous impersonation of a dozen singers. She only sang the one song and morphed from voice to voice with seamless talent.

Stephen K Amos endeared himself to the audience while gently mocking them. Rick Wakeman’s piano playing was sublime and his anecdotes, especially about working with David Bowie, were gentle and funny.

The political satire of Andy Parsons, especially his comparison of Jeremy Corbyn with Marmite, was brilliant but unrepeatable.

The packed theatre lapped up every second. Many of the artists observed that the audience did match a certain demographic: “Elasticated waistbands and an interest in equity release,” quipped Griff. There was some truth in the characterisation but there were young people present. The guy sitting next to me was not born when the Hee Bee Gee Bees first made waves with the satirical hit "Meaningless Songs (in Very High Voices)". Their reunion on Tuesday night had him rocking in his seat.

Lee Mack, Al Murray and the rest of the ensemble all added to a night of laughter and fun.

The fact that the Pub Landlord managed to get a packed theatre of sober people to join in a sing-along of “Incy Wincy Spider” probably tells you all you need to know about how well the evening went.

Among all of the enjoyment was the very serious point of why we were there.

The goals were to raise money for EACH and make more people aware of its important work. The evening certainly achieved the first, making more than £60,000 for the charity. How well did it do the second? Only time will tell.

But I do have a sneaking feeling that the next time someone hears “Incy Wincy Spider” they will think of Al Murray and maybe recall that they first heard him at an EACH concert.

If you enjoyed this article, you may like: Why Just Recruitment supports EACH

You may also enjoy: Melodies of life and love: meet EACH’s music therapist