Give your Christmas a bit of Polish 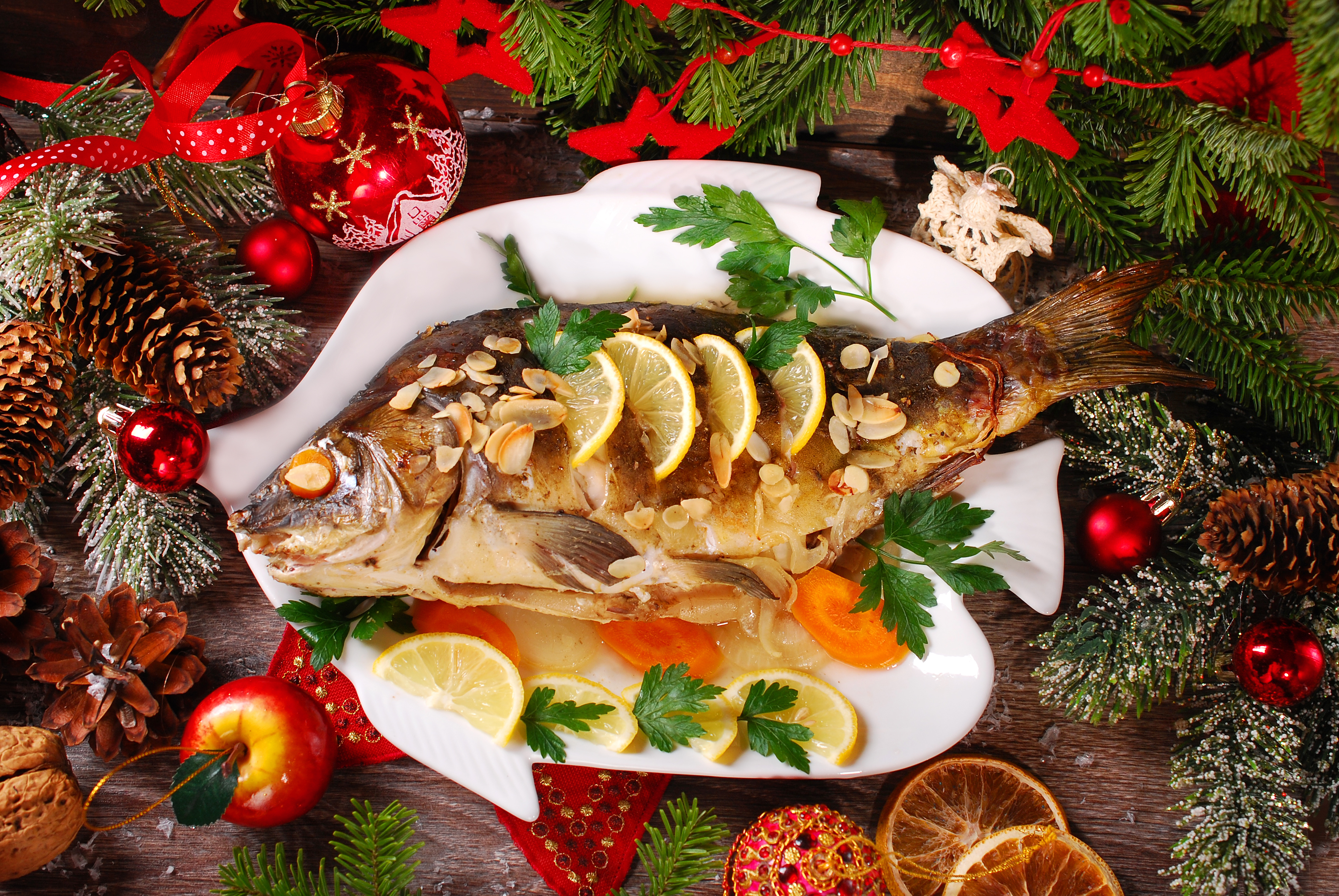 It is easy to think that the Christmas traditions many of us enjoy in the UK are the same the world over. But when you work alongside people who hail from other countries, you soon learn about the diversity of practice when it comes to celebrating the festive season.

At Just Recruitment, the payroll team of Anita Switon and Jola Jaworska have been teaching their colleagues about Christmas in their native Poland. They know the season as Boże Narodzenie, and it’s just as full of traditions and customs as a British Christmas. They outline its main elements below.

Advent: “Advent is the time when people give up their favourite food and drinks in preparation for Christmas,’ explains Anita. “The season begins with a special mass called Roraty. This is held at dawn on 1 December and dedicated to the Virgin Mary for receiving the news of her pregnancy from the Angel Gabriel.”

Christmas Eve: “We call Christmas Eve Wigilia,” says Jola. “According to tradition, Poles clean their houses in the morning and decorate the Christmas tree. This is usually finished with a star on the top, gingerbreads, lights and baubles. We spend the day preparing traditional food, including piernik, which are gingerbreads. No food is eaten until the first star is seen in the sky, representing the Star of Bethlehem that hung over the stable where Christ was born. Children spend a lot of the afternoon looking out for that star!”

“Families gather for Christmas Eve dinner,” continues Anita. “They wear their finest festive clothes and share a Christmas wafer known as an oplatek. We make Christmas wishes while eating it, then just before dinner we read the Bible and pray together. 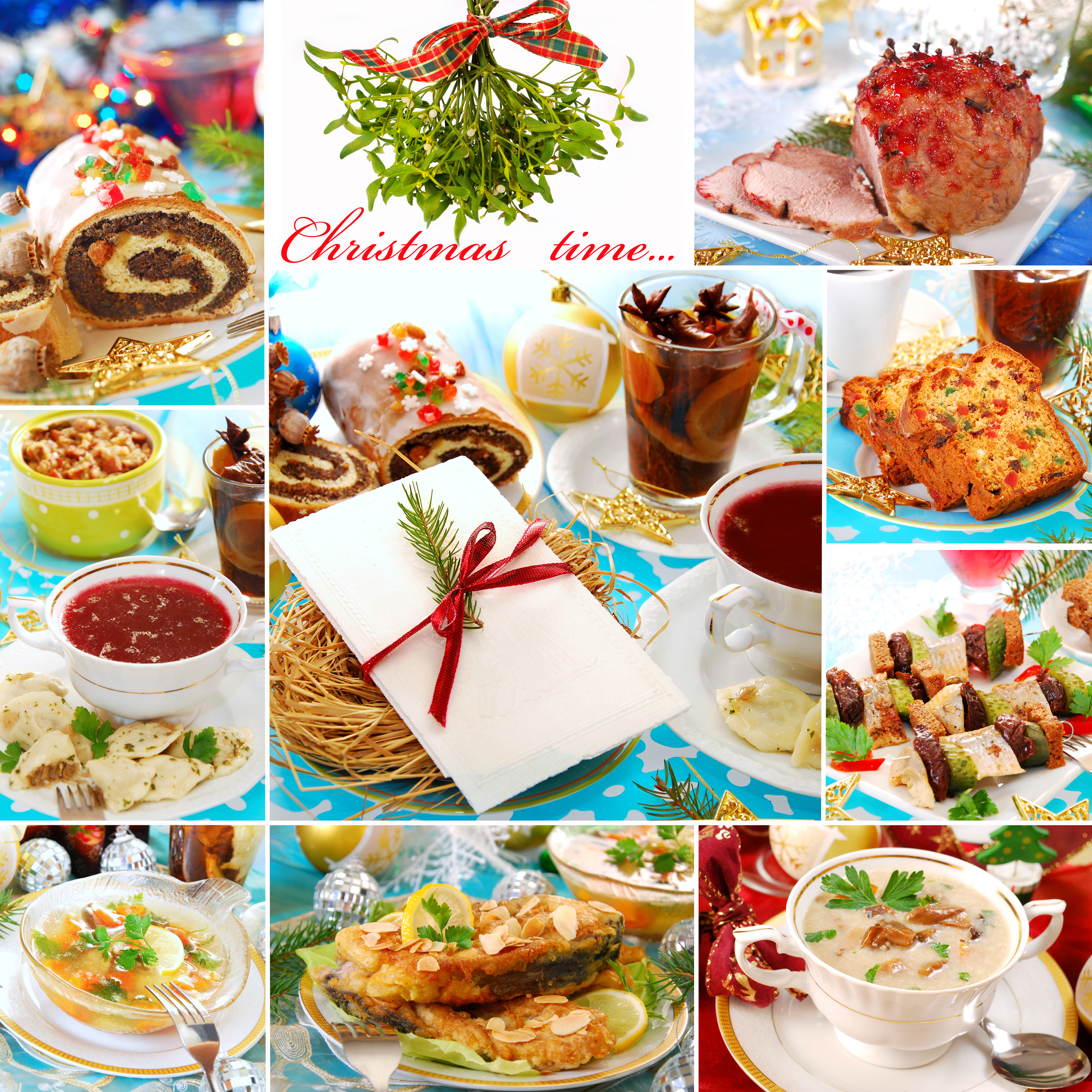 “According to tradition, a bit of hay is left under each plate on the table to remind us that Christ was born in a manger. We also leave an empty place at the table for any unexpected guest. It’s our belief that no one should be alone on this special night.”

Jola picks up: “Tradition has it that there are 12 dishes on the table to symbolise the 12 Apostles. Each person is expected to try a bit of each dish: it’s thought to bring you luck for the coming year.

“The Christmas Eve supper beings with barszcz (beetroot soup) or mushroom soup served with small mushroom-filled dumplings called uszka (“little ears”). The main dish is carp, which is fried, jellied or baked. Its scales are thought to bring good fortune, so guests scrape them off and put them in their wallets.

“Various other fish dishes are served hot or cold. These include herrings in a cream sauce, fried fish covered in vegetables (called “Greek fish”) or with raisins (“Judish fish”). The meal will also feature pierogi: dumplings filled with mushrooms, pickled cabbage, or cottage cheese and potatoes. They are served with fried onions.”

“We also have a traditional Christmas drink,” Anita adds. “It is called kompot z suszu and is made of dried fruit and fresh apples. Meanwhile, for pudding, we have kutia, made with dried fruit and pasta, makowiec, which is a roll made of poppy seeds, and gingerbreads that have been decorated by children. We also enjoy cheesecake – a very traditional dish in Poland.

“While the dinner ensues, guests listen to kolędy – Christmas carols. We usually start to sing along after the meal, at which point it’s customary to share presents. This is different from England, I think, where you open presents on Christmas Day.

“For a Polish Christmas, one of the dinner guests dresses up as Santa Claus and distributes the presents. Because Poland’s borders have changed through the years, different parts of the country use different names for Santa: Dziadek Mroz (“Jack Frost”) is used in the east, and Gwiazdor (“the Starman”) is used in the west and north of the country. If a child has been naughty, Gwiazdor may not bring presents, but give them a birch rod, known as rózga, instead.”

“At the end of the Christmas Eve festivities, most families head to church for Midnight Mass, called Pasterka,” says Jola. “Then it’s off to bed, before spending Christmas Day and Boxing Day in a much quieter way – usually visiting family or friends.”

So there you have it: it is clear from Jola and Anita that the perfect Polish Christmas is very different from that of your average Briton. But both share key elements, including a celebration of the religious aspect of the festival, a tradition-filled meal with friends and family, the giving and receiving of presents, and lots of singing and laughter.

Which just leaves us with one thing to say: have a very happy Christmas, wherever you’re celebrating!

You may also enjoy: Silent Night - the Christmas song with UNESCO special status