Volvo’s baby SUV is sharply styled, but does it have the substance to match?

Aw, gee. The Volvo XC40 was the biggest disappointment of my motoring year. Given that it’s early January, this may not sound like much of a claim. So let me be precise: it was my least favourite test car of 2019.

Granted, I didn’t drive anything from Fiat or Nissan in that period, but even so. You wouldn’t expect a Volvo to take the golden raspberry. Especially not from me. Normally, I love Volvos. Can’t get enough of ‘em.

Perhaps that’s the problem. I had high hopes for the XC40. Spent the morning of its delivery pacing the office, counting down the seconds until the driver arrived. In the abstract, it seemed like the perfect vehicle: stunningly well-styled, brilliant interior, good use of space, decent engine.

And yet. Within a few moments of driving it I realised the car just wasn’t doing it for me. It felt clunky, with a surprisingly hard ride that was certainly exacerbated by oversized R-Design alloys and low-profile tyres (not standard on the Momentum or Inscription models).

And the interior, pretty much identical to the interior on every other Volvo and one that I’ve long admired, well… it just lacked a bit of magic.

The problem is that I expected the car to feel like a premium product, but my eye kept spotting cheap-looking plastic. Round the glove box, for instance, and on the underside of the dashboard. Even the carbon-fibre-effect inserts on the doors looked a bit, erm, tacky. Not what you’d expect from a Volvo at all. 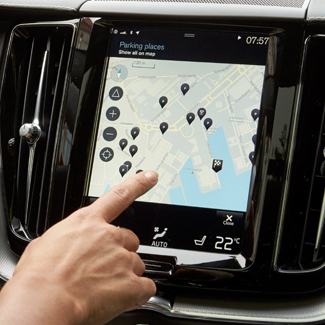 As for the engine, let’s just say it didn’t float my boat – or the XC40’s for that matter. With an official output of 163 horsepower, it should be plenty strong enough to haul the car along at a decent speed. But it felt sluggish, as if the gearbox was always hunting for a suitable gear. Its get and go had got up and gone.

That was a problem around the narrow country lanes where I live. I never felt as if the XC40 was up to the job of traversing them. Given that it’s a full-on SUV (even though the version I tested was only two-wheel drive), this is disappointing. Drive a vehicle like this around the back roads and you expect to feel like master of all you survey. I felt like someone who’d bought a gymkhana pony to the Boxing Day races.

Never mind. Things would be better on the motorway, right? Well, no, actually. The XC40 still felt wheezy, its engine sounding thrashy and ill-mannered at anything above 65mph. And the ride was twitchy, unsettled. Not the relaxing experience I’ve come to expect behind the wheel of a Volvo.

There are good points. The onboard tech is peerless, with Pilot Assist continuing to amaze. Most manufacturers now offer a combination of lane-keeping and adaptive cruise control, helping to keep you on the straight and narrow and maintain a constant distance from the car in front. But Volvo smashes the function out of the park: it is semi-autonomous driving at its very best, making lengthy journeys pass with more ease than a well-greased oyster down a millionaire’s gullet.

Like its larger Volvo SUV siblings, the XC40 is blessed with a fantastic sound system, great Bluetooth interoperability and a decent sat-nav. It’s dead easy to find a comfortable driving position, though I have to say the seats didn’t feel as if they offered the head-to-knee support that I’ve come to anticipate from Volvo’s orthopaedic-surgeon-designed components. I certainly didn’t feel like extending any journeys just to spend a bit more time in the car, which has very much been the case when I’ve driven the XC60, XC90 and V90 Cross Country.

On balance, it is by no means a bad car. Not by any stretch of the imagination. And lots of people commented on how good it looked. But if I want a car that draws attention, I’ll buy a Range Rover Evoque, which feels better than the XC40 in every way.

Here’s the rub. People don’t choose a Volvo to look flashy. They choose one because they want a doughty car that is elegant, comfortable and delivers the readies. In this guise at least, I’m not sure the XC40 quite fits the bill. 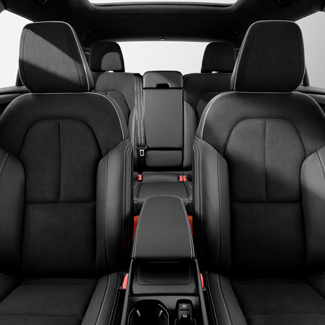 But I ought to say one more thing before concluding. Engine choice is a major factor when evaluating Volvos, as is spec. If, like me, you crave wafting luxury from your motor, then the sporty T3 R-Design XC40 is probably the worst of all worlds. A diesel-powered top-speccer, on the other hand, could be just the ticket: gutsy engine, plenty of soft leather on the seats, a calmer ride.

Who knows? Maybe it will end up being my car of the year…

If you enjoyed this article, you may like: Just testing: Range Rover Evoque D180 First Edition