Some men approach middle age and decide to buy an open-top sports car or take up a mistress. Others opt to spend their weekends water skiing or marathon running, all in a quest to deny the decline of their bodies and recapture their youth.

For me, though, there was only one option as I entered my fortieth year: I wanted to relearn the piano. It would give my brain a workout while enabling me to put right something that’s plagued me since the age of seven, when I gave up piano lessons because I couldn’t be bothered to practise.

An odd thing happened to my seven-year-old self: the day after I stopped my lessons, I started playing the piano with a newfound enthusiasm. Every spare moment was spent tickling the ivories, working out tunes by ear and even composing my own stuff.

Alas, even that habit tailed off as the demands of adult life took over. For a few years I didn’t have a piano in my house, but that was remedied when I inherited an electronic keyboard with piano-touch keys. But too often it became a dumping ground for paperwork and books, sitting in the corner of my study and dustily smiting my conscience with its lack of use.

But then I turned 39 and my family decided it was time to get a hobby. All work and no play was making Tim a dull boy. So they bought me six hour-long piano lessons, knowing that committing me to a series of sessions was the way to ensure I didn’t duck out prematurely. 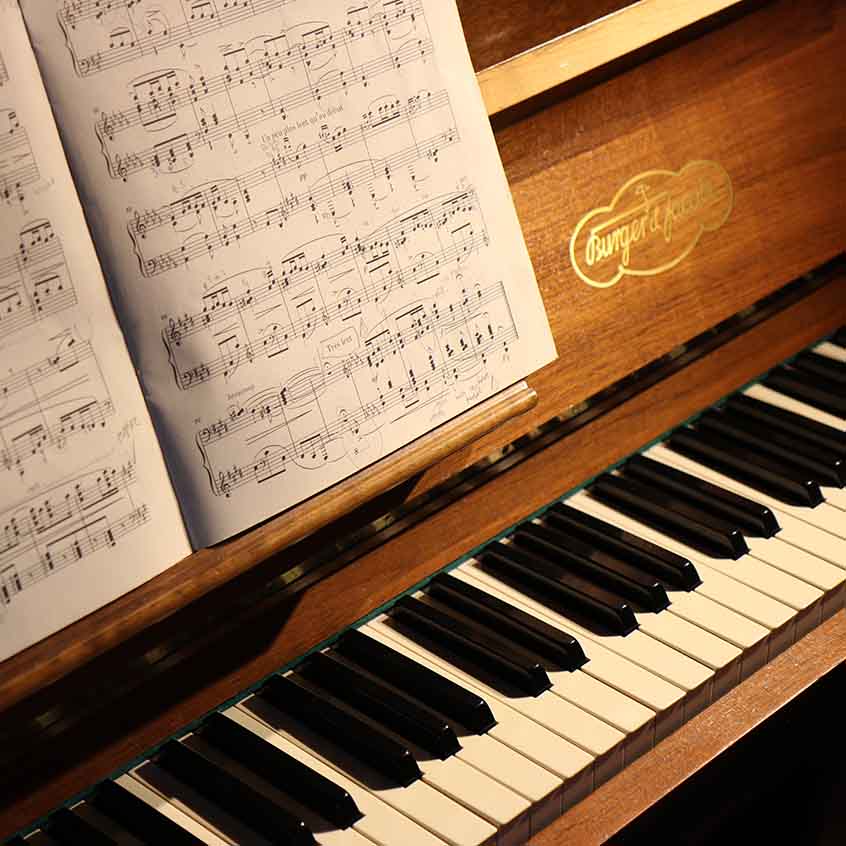 So it was that at the age of 39 years and two weeks, I sat upon a piano stool, stubby fingers trembling as I tried to pick out the C Major scale in the manner of the nervous schoolboy I once had been. Amazingly, much of the basic music theory I acquired as a tender child was still there, locked away in the recesses of my mind. I found I could still read music, and even remembered a few of the Latin phrases used in notation.

Even so, I’d say it has been one of the hardest learning experiences of my adult life. Once you reach a certain age, you get used to being competent at most of the things you turn your attention to. I suppose the point is that you’ve given up the stuff you’re no good at, in order to focus on the things in which you have a modicum of ability.

Relearning an instrument that you last played in your youth is therefore a major test. It challenges your sense of self. Here’s something you could once do, albeit badly in my case. And now you’re going to start it up again, with less competence than when you were much younger, and the likelihood of finding it much more difficult because your mind and fingers are 30-odd years more decrepit.

Yet still you take it on, knowing in your heart of hearts that playing the piano is good for you, that not only will it enhance your health but also make you better at other tasks such as reading, concentrating and counting.

And so you put up with your slow progress, knowing that countless others have gone before you in learning the piano as an adult. People like Ed Balls and William Hague, who both dealt with political disappointment by taking up the instrument. Or the author and former Guardian editor Alan Rusbridger, who wrote about his experience of learning Chopin’s Ballade No. 1 in the brilliant Play it Again: An Amateur Against The Impossible.

None of this makes it any easier as I sit across from my ever-patient piano teacher struggling to master such simple pieces as the Bedford Square Blues or Little Sonata. But it does show that, with diligence and a willingness to keep practising, I will improve. I may never be able to play a complex Chopin sonata, and I very much doubt I’d ever have the confidence to sit before an audience and perform.

But already my daily bursts of activity at the keyboard are bringing much pleasure. If I’m in search of an idea, five minutes of scale practice frees my mind and provokes inspiration. If I need to unwind, a half-hour spent wrestling with a new piece is just the thing to de-stress. And with each scale mastered, each chord progression worked out and new rhythm bagged, comes the thrill of acquiring a new skill. Of growing as a person, at an age when it’s easy to assume all your growing is behind you.

I can see why people seek a new identity in middle age, or crave a return to their youth. For me, relearning the piano has been a way of channelling that instinct in a healthy direction. It’s rejuvenated my enjoyment of listening to music, because I now understand the complexities and tricks behind a virtuoso performance. And it’s given me something to think about that isn’t deadlines, diaries or business planning.

All of which goes to show. Sometimes the most difficult thing is also the most worthwhile. Take up music as an adult and you’ll instantly discover that for yourself.

If you enjoyed this article, you may like: Want a good opening gambit? These writers can help

You may also enjoy: Melodies of life and love: meet EACH’s music therapist