Want a good opening gambit? These writers can help

We all know that first impressions count. So how have the world’s most famous writers tackled the task of kicking off their stories?

You only get one chance to make a first impression. Whether you are writing a CV, attending an interview or making a sales pitch, your opening sentence is of vital importance.

You need to engage the audience, grab their attention and tickle their fancy. Get it right and you’ll gain permission to tell your story. Get it wrong and you’ve lost them forever.

The next time you are in the departure lounge of an airport, watch how passengers select their last-minute holiday reading. They look at the cover, read the blurb on the back and turn to the first page. The book must pass all three tests. If an author is going to get you to invest your time, energy and money in their story, they need to hook you from the get-go.

All of which got us thinking: how do great writers begin their stories? If we can pinpoint their technique, surely it can help us all make a pitch-perfect first impression. So, without further ado, here are 10 openers from the world’s finest authors.

“If you really want to hear about it, the first thing you’ll probably want to know is where I was born, and what my lousy childhood was like, and how my parents were occupied and all before they had me, and all that David Copperfield kind of crap, but I don’t feel like going into it, if you want to know the truth.” 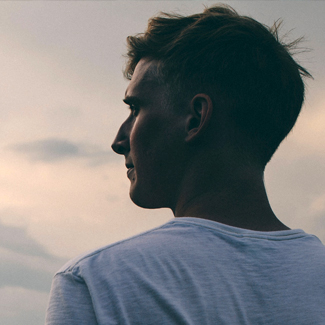 For people of my generation this book was a must read in school. Salinger’s opening sentence was the perfect introduction to the troubled story of Holden Caulfield.

This is a story about youth. Disturbed youth. Youth that won’t take or give any crap. It invites us into a story that is going to disturb us.

While the book was a disruptive force it also calls on earlier works. I find real echoes of Mark Twain’s Huckleberry Finn in how Salinger opens his novel.

And we can’t fail but recognise that at the time Salinger penned this work, Jack Kerouac was writing On The Road. Dean Moriaty is a much more rounded rebel than Caulfield. They both rail against the hypocrisy of post-war American society, but Salinger has the better opening.

“It was a bright cold day in April, and the clocks were striking thirteen.”

Orwell’s classic is an exercise in futurology that retains huge relevance today.

This wonderful opening line says, loud and clear: I’m going to tell you a story about normality in an abnormal world.

A normal day in April and the clock strikes 13. Bong.

Buckle your belt. We’re going on a ride.

“Last night I dreamt I went to Manderley.”

And it works: since publication Rebecca has never been out of print.

“All this happened, more or less.”

This wonderful novel tells the story of Billy Pilgrim and his experience of the Dresden bombing. Or does it? 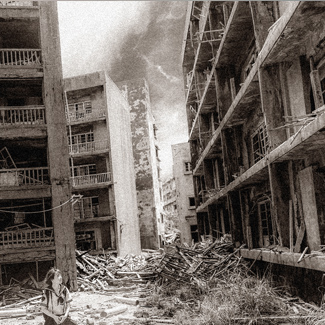 The opening sentence is totally honest. It all happened, more or less. Possibly.

Engage with this fantastic story and you engage with truth distorted. That’s not a bad thing, especially in our era of post-truth and fake news.

“Into the face of the young man who sat on the terrace of the Hotel Magnifique at Cannes there had crept a look of furtive shame, the shifty, hangdog look which announces that an Englishman is about to talk French.”

In my humble opinion, Wodehouse is the finest humorist ever to write in English. As the meerkat would say: simples!

I don’t care what comes after this opening to Bodkins (though it is all brilliant, by the way). This is just a fantastic image. As we come to terms with our relationship with Europe, Wodehouse was parodying Boris when Boris was but a twinkle in his grandmother's eye.

“Happy families are all alike; every unhappy family is unhappy in its own way.”

You might disagree with Tolstoy’s sentiment, but what an opener.

The greatest novel ever written? I think so.

“It was the afternoon of my eighty-first birthday, and I was in bed with my catamite when Ali announced that the archbishop had come to see me.”

I have read every novel by Burgess and loved each one of them, for very different reasons.

This opener sums the man up. I am going to shock you and then I am going to name drop because I can. He could and he does. The novel is the story of the 20th century and in a brilliantly crafted narrative, Burgess’s protagonist meets everyone from James Joyce to Adolf Hitler. Another work of mainstream fiction that is a fantasy. 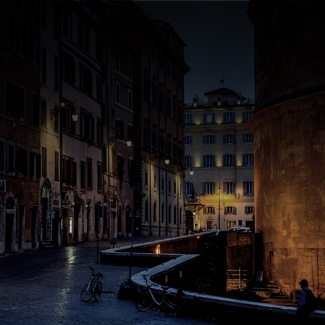 “To begin at the beginning: it is spring, moonless night in the small town, starless and Bible-black, the cobblestreets silent and the hunched, courters'-and- rabbits' wood limping invisible down to the sloeblack, slow, black, crowblack, fishingboat-bobbing sea.”

I know, it’s not a novel. It’s a play. A radio play. It is also the greatest opening sentence of any piece of literature written. With the possible exception of John’s Gospel.

One of the greatest joys I have is to sit in “my space” with headphones on, glass of malt in hand, and listen to Richard Burton read these words.

For me, this is the daddy of all opening sentences.

Moby Dick is not much read these days outside of university, but it is a fantastic novel. Hold onto that word fantastic.

There are commentators who will tell you that this is a homoerotic novel. There are people who will say it is a Freudian exploration of the id.

Melville writes about the design of the Pequod as though he were a marine designer. He describes the migratory path of whales as if he's David Attenborough. Fantasy!

“Stately, plump Buck Mulligan came from the stairhead, bearing a bowl of lather on which a mirror and a razor lay crossed.”

Sometimes the opening line is a will o’ the wisp. It draws you in. You buy the book and 40 years later it’s still unread. But you know, in your heart of hearts, that it’s already changing you, shaping your dispositions. Making you in its image.

For many, Ulysees is that book. Impossibly difficult, but oddly compelling. Pull it out of that dusty corner of your bookshelf and read on. You’ll find it just gets better and better with each chapter.

If you enjoyed this article, you may like: How to create the perfect cover letter

You may also enjoy: Why smart workers aren’t busy doing nothing

Just Recruitment is delighted to be supporting a well-regarded business on the outskirts of Colchester looking to add a Class 2 driver, day shifts (preferably with ADR experience) to their long-standing team.

Their vehicle fleet includes artics, rigids and trailers operating from a warehouse base.

The company prides itself on its commitment to the health, safety, and welfare of the entire staff team.