What are negative interest rates, and how will they affect you?

Negative interest rates are becoming more common globally. How do they work, and what’s their impact?

Do you fancy being paid to borrow money?

Jyske Bank introduced the deal on its 10-year fixed-rate mortgage in an effort to keep its lending market stimulated. It means that borrowers will pay back less than the value of their loan, provided the negative interest rate remains in place for its duration.

The move follows a general trend in Scandinavia towards low, zero or negative interest rates. For example, the region’s biggest lender, Nordea Bank, announced last week that it would offer a 20-year zero-rate mortgage.

Negative or zero interest rates are becoming more common around the world. Australia’s central bank is said to be exploring the option as a way of stimulating the economy, and Japan has a rate of -0.1pc.

Meanwhile, the European Central Bank dropped the rate it pays on deposits to -0.1pc in June 2014 and -0.4pc in March 2016. This is to encourage banks in the Eurozone to loan savers’ money, rather than deposit it.

With former Bank of England policymaker David Blanchflower suggesting that the UK could adopt negative interest rates in the event of a no-deal Brexit, the effectiveness of the policy is now under the spotlight among British economists and consumers. 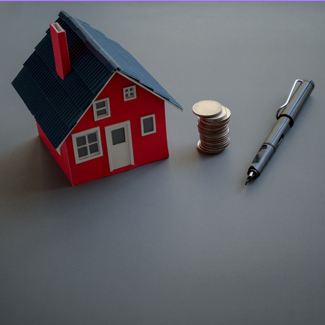 Put bluntly, it means people are more likely to buy houses, cars and other high-value goods and services, generating more wealth for the nation. After all, what would be the point of leaving your money in the bank if it’s only going to drop in value?

In practice, though, negative interest rates don’t seem to have an inflationary effect. Four countries have adopted the strategy so far (Sweden, Switzerland, Japan and the Eurozone), and only one has seen growth (a modest 0.05pc in Sweden).

Peter Foy, director of Just Recruitment Group Ltd, says the reason negative interest rates don’t work is that they are seen as a sign of panic in a nation’s economy, especially when set by a country’s central bank.

“That would certainly be the case if the Bank of England dropped the base rate below zero in a no-deal Brexit scenario,” he says. “It’s unlikely to stimulate consumer spending, because it sends a message that the economy is in a pickle. Which probably means it’s not a good time to buy a house or borrow a large sum of money.”

Unless you have a high degree of job security and are unlikely to be affected by a long recession, thereby mitigating the risk of borrowing, Mr Foy believes it is sensible to keep money saved, even with a negative interest rate.

“The reason savers don’t withdraw money from a deposit account with a negative rate is simple: their money is still safer with the bank than it would be anywhere else,” he says. “Sure, you could withdraw all your cash and stuff it underneath your mattress or keep it in a safe at home. But that’s a high-risk strategy, and the security you’d need to protect your wealth would have a cost. So you’re better off to keep it in the bank, where you know it’s protected, and that you’ll be compensated in the event of a theft or fraud.”

The other option is to invest in appreciating assets like classic cars, wine, or commercial property rather than bank deposit accounts. But as Mr Foy remarks, “You generally need a lot of wealth to make investments like this. And if you have that sort of cash, you’ve probably already got a pretty varied investment portfolio, so are less impacted by interest rates.”

For the average consumer, it is hard to predict the response to negative interest rates. Some may take the opportunity to buy a money-making mortgage, although by the time you factor in transaction and administration fees it is unlikely the bank will end up giving you any surplus.

Others will behave as Mr Foy predicts, believing it to be a sign of a freefalling economy and tightening their purse strings.

Whatever happens, a zero or negative interest rate would be unprecedented in the UK. So as the prospect of a no-deal Brexit looms, the nation’s economic policymakers and bankers are likely to keep a close eye on how the policy pans out in Scandinavia.

How do interest rates work?

Banks charge interest on loans and pay interest on savings. They usually charge a higher rate to borrowers, enabling them to make a profit on what they pay out to savers. They use money deposited by savers to fund loans.

If a negative interest rate is introduced, this system is upended: in theory, banks would take money from savers and pay it out to borrowers.

But in practice, experts agree that banks are unlikely to charge negative interest on savings accounts because customers simply wouldn’t wear it. So they’d be losing money on deposits and on loans: not a good recipe for long-term economic success.

If you enjoyed this article, you may like: My identity was stolen. Now I can’t remortgage

You may also enjoy: Why go organic?