Can we trust “facts” when they get in the way of truth?

The general election campaign is awash with misinformation. It’s time to sort the “facts” from the truth, says Tim Gibson

There’s something wrong with our political debate just now. I’ve written about that topic elsewhere, and don’t intend to cover the same ground here.

But what I will say is that a lot of the heat of the debate rests upon a mishandling of the truth. It’s a philosophical problem rather than a political one.

That’s quite a claim, so let me substantiate it. I’m concerned with the accuracy or otherwise of assertions made by politicians and their supporters for its own sake. But I’m interested, too, because of what it tells us about the way “truth” is viewed in contemporary society.

Of course, I care about issues like the future of the NHS and anti-Semitism, and am attentive to any story that addresses them. They speak of important concerns for our country.

But at a more fundamental level, I’m interested in what these sorts of debates show us about the nature of truth, and the ways it is handled in political discourse.

That sounds pompous, doesn’t it? But, really, it’s at the very heart of this campaign. It has to do with the rampant subjectivism at work in so much political debate. All we’re seeing is an expression of opinion, a series of subjective judgments that have little grounding in objective reality, and even less concern to locate such grounding. 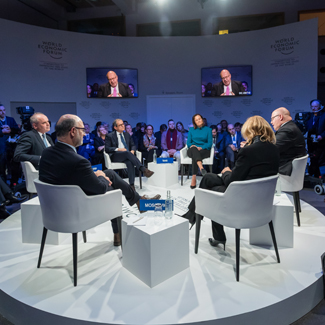 That’s worrying enough in its own right. If politicians, the people who are trusted to make decisions on the basis of the will of the electorate, whose opinions they are forming through their electioneering, aren’t worried about the facts, it’s a big problem.

But an even bigger problem is that it has led to an erosion of truth in general: a downgrading, such that no one is concerned about anything other than the expression of personal opinion. It greatly impoverishes public debate.

More worrying still is the attempt to dress up information that is the very opposite of truthful as grounded in fact.

Jeremy Corbyn appears on TV waving a redacted document that he claims prove the NHS is “up for sale” in Boris Johnson-led UK-US trade negotiations. Reasonably enough, everyone assumes that’s exactly what the document does say.

In fact, the detail is more nuanced: namely, that the people involved in those initial discussions (representatives of Theresa May’s government, not Boris Johnson’s) recognise that the US delegation would like the prices paid for pharmaceuticals to be a consideration in any trade deal. It doesn’t say they’re going to let that happen, still less sell off chunks of the NHS.

But, because Mr Corbyn brandished a piece of paper, his assertions took on the status of fact. Even though the facts are actually a little different.

It’s the same on every side of the political divide. Mr Corbyn’s stunt came after he was put in the dock by broadcaster Andrew Neil for Labour’s complicity in anti-Semitism. But, as the BBC has recently made clear in its reporting, most people accept that there is no evidence that Jeremy Corbyn is himself anti-Semitic. The charge against him is that he's failed to show leadership in relation to those parts of his party where anti-Semitic sentiment has been expressed.

This nuance is often lost when his critics try to characterise him as anti-Semitic. It’s easier just to assume he’s racist than it is to engage with the detail of the debate.

And that’s where notions of truth and truthfulness come in. Because there’s something especially troubling about a society in which truth is not only downgraded, but misrepresented. A world in which subjective opinion and mere assertion take on the status of “fact”.

There is only one way to combat this: find reliable sources of information and consult them thoroughly before reaching judgment about a story.

The Full Fact website is a good place to start: an independent charity, dedicated to countering the culture of misinformation.

We also need to think carefully about the nature of truth. We need to recognise the difference between ideology and reality. And we need to understand how to handle the tension between the subjective and the objective.

The only way to do all this is through constructive dialogue, rather than the shouting match that has been this general election campaign so far.

If you enjoyed this article, you may like: We need a better politics, and it needs to happen in person

You may also enjoy: Want to get into classical music? These five pieces will help