Can you separate the artist from their acts?

As She Said hits the shelves, Lizzie Fletcher wonders if it’s okay to carry on enjoying artists who are accused of behaving immorally

What do you do when a celebrity you idolise is accused of acting badly? When accusations of sexual impropriety or immoral conduct become too much to pass off as a minor slip?

That’s a question I’ve wrestled with a lot of late. It’s been brought into sharp relief this week with publication of She Said, the story of how Jodi Kantor and Megan Twohey unmasked Harvey Weinstein as a sexual predator and ignited the #MeToo movement.

Kantor and Twohey’s work shows how morality and the entertainment industry are frequently at odds. High-profile figures accrue such power and status that they become untouchable. And even when they are accused of sexual assault, many of us choose to turn a blind eye, especially if we’re big fans of their work.

Just think how many continue to download music by the likes of Michael Jackson or Placido Domingo, or stream movies starring Kevin Spacey, even when they are alleged (though not in every case proved) to have acted badly.

Of course, it is easier to play dumb when the accusation is from the distant past. We can argue that “things were different then” and mitigate our uneasiness.

Take the case of Lori Mattix as an example. Mattix was a groupie during the 1970s, hanging around with the likes of David Bowie, Mick Jagger and Jimmy Page. She has spoken openly about her intimate relationships with these men, and the rock and roll lifestyle they exposed her to. 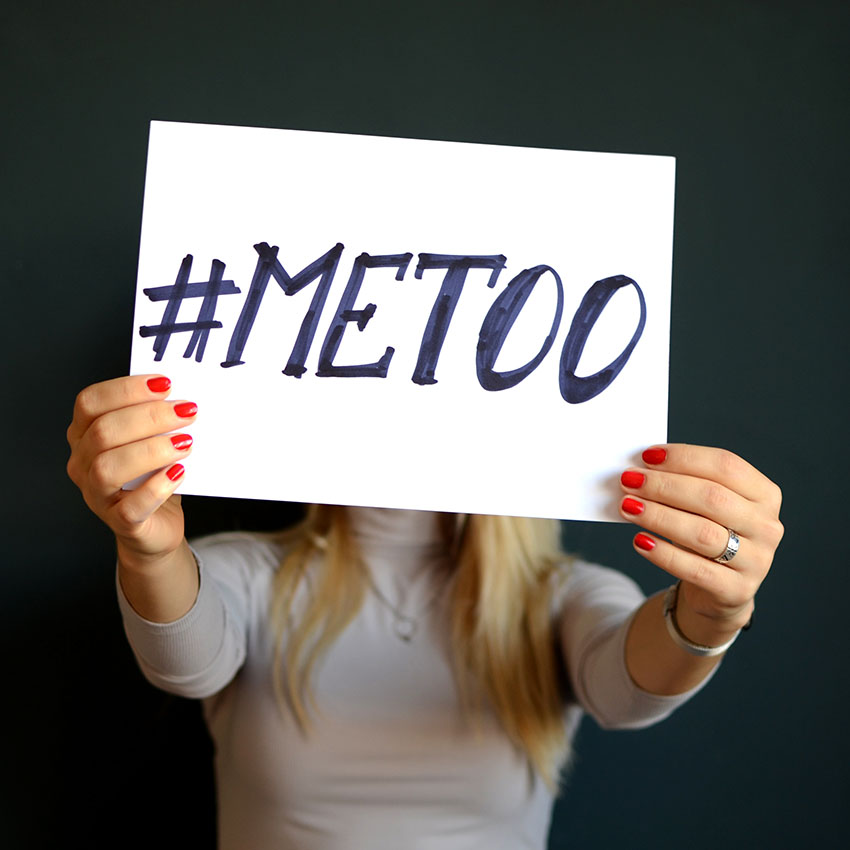 The problem? She was underage.

In a 2015 interview, Mattix alleged that she lost her virginity to David Bowie at the age of 15. While Mattix seems unperturbed, it in no way changes the fact that, if true, she was a child and Bowie an adult.

Mattix’s recounting of her teenage years may inspire feelings of jealousy and awe in some people. But at its core, it is a tale of exploitation and abuse at the hands of some of music’s greats.

Yet we don’t think of David Bowie as an abuser or offender. We herald him as one of the finest artists of his era. His questionable actions are written off as being of a different time. The fact that Mattix doesn’t seem to be affected, at least outwardly, makes this easier.

But that doesn’t make it go away, does it? It’s an uncomfortable allegation: a dark cloud hanging over a man who created some truly incredible music.

Not let me be clear. Bowie is one of my favourite artists, and Mattix’s account of her encounters with him is by no means uncontested. But still I wonder: am I guilty of turning a blind eye to his alleged misdemeanours? If so, I have form, because he’s not the only artist I continue to enjoy despite allegations of questionable conduct.

I am, for example, a huge Morrissey fan. From The Smiths to his solo stuff, I’m obsessed. I’ve seen him live four times and own all of his albums. He’s pretty much the reason I moved all the way up to Manchester for university. Perhaps I’m a little too sensitive for my own good, but I have found, and continue to find, an awful lot of solace in his music.

Which is what makes all the controversy surrounding Morrissey even harder to comprehend.

From referring to Chinese people as a “subspecies” to stating that the 2011 Norway attacks were “nothing compared to what happens in McDonald’s” he’s never shied away from causing offence.

In recent months he has pledged support for the far-right anti-Islam party For Britain, and even defended the actions of Harvey Weinstein.

It’s a really uncomfortable situation. Morrissey is undoubtedly a complex character, and separating his comments from his music is difficult. I have friends who no longer listen to his music, saying that to do so would be to support his opinions.

I don’t agree with this stance, but I do find it hard to justify why I continue to stream his music and buy tickets to his concerts.

Am I contributing to the problem by continuing to do these things, and thus continuing to give a platform for his views? I wouldn’t pay money to go to an event where Anne Marie Waters was speaking, so why will I happily go to see someone who actively supports her manifesto?

The truth, I think, is that I don’t want to face up to the fact my hero is possibly racist. In facing up to that, I have to accept it, and in accepting it I have to admit that maybe I shouldn’t buy that gig ticket or stream that album.

It’s far easier to turn the music up a little louder and drown out the niggling voice telling me there’s a problem that needs addressing.

Editor’s comment: where examples cited in this report relate to alleged offences, no presumption of guilt is implied. The comments are those of the author and do not necessarily reflect Just Recruitment Group Ltd’s opinions or positions.

If you enjoyed this article, you may like: Saving the planet of salving your conscience?

You may also enjoy: Why study theology?