It may not seem like the obvious degree to kick-start your career. So why bother reading Theology at uni?

You could say I had an interesting upbringing. My dad was an ordained priest and my mum an ardent atheist. They’re divorced now, of course. But my formative years, when they were still together, were never less than stimulating.

Take dinner table conversation as a case in point. In most households it tends to centre on what everyone’s been up to at work or school. For the Fletchers, it was more likely to be about who’d win in a fight between Richard Dawkins and Jesus Christ.

In my parents’ defence, they can’t have inflicted too much emotional damage on me. At the age of 18, I went off to study Theology and Philosophy at university for three years: hardly the actions of someone who’s sick of talking about God.

When I told my school friends about my decision to study Theology, they responded with ridicule. It was termed a “Mickey Mouse degree” or a “doss” subject.

Trouble is, the only school subject people could relate it to was Religious Studies. And, in our school at least, these lessons were mostly spent watching Monty Python and the Holy Grail or making model Stonehenges. So to most of my peers, it seemed utterly baffling that such a thing as Theology could be studied academically. I was made to feel like I’d gone for a weaker choice than my classmates who opted to study History or English Literature. 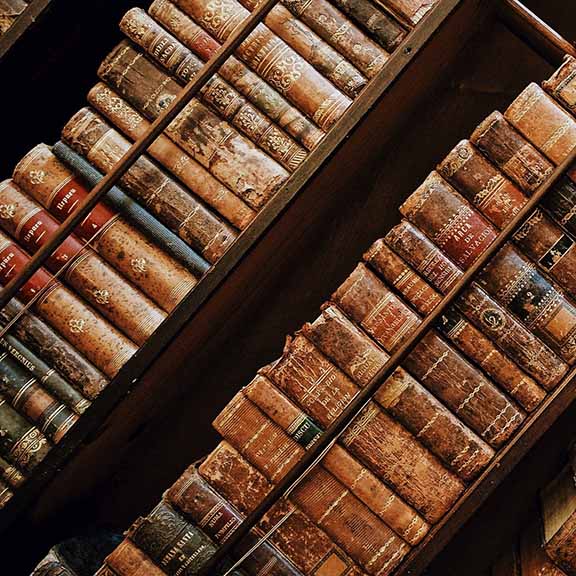 I found that I often had to justify my decision to study Theology, and this continued throughout my time at university. I’m almost embarrassed to admit that I sometimes found myself telling people I was simply reading Philosophy, as I couldn’t be bothered with the inevitable questioning of why on earth I wanted to study God.

In hindsight, I’ve realised the reaction to my studies had little to do with people’s genuine opinion on Theology, and more to do with their lack of knowledge about it.

Most people assume you must be some kind of Bible-bashing God-botherer to study religion. But I can assure you I am resolutely not one of those. In all honesty, I’m not sure what I believe in. Which probably makes me like the vast majority of people I talk to.

I chose to study Theology because I find it fascinating that people are willing to fight, suffer and even die for their faith – a faith that is often shrouded in controversy.

Within a few weeks of starting my degree, it became clear that academic Theology could not be more different from the one-dimensional RS lessons we received at school. My studies took me from Nero’s Rome to Hitler’s Germany, stopping en route for a crash course in New Testament Greek interspersed with an in-depth look at the concept of evil.

As time progressed, I began to realise just how interdisciplinary Theology is. I was studying Ancient and Modern History, Philosophy, Anthropology, Languages and Literature. My view of the world was changing as I went, and I found I was questioning more than simply accepting things I did not understand.

As I progressed into my third and final year, my studies became more streamlined, and I chose to focus on the concept of evil. My dissertation looked into how people could maintain faith in the face of unspeakable evil, and I chose the Holocaust as a specific example. It was deeply moving to read the memoirs and recollections of those who had suffered, and I could not help but relate it to issues going on in the world at the time.

I realised that through studying Theology my view of the world matured. My understanding of all sorts of issues deepened. It is now clear to me that while people are quick to cite religion as the root of the world‘s problems, it is instead a lack of understanding of religion that causes difficulty.

If you enjoyed this article, you may like: Want to stop climate change? Here are six things you can do right now

You may also enjoy: A beginner’s guide to “meaningful travel”