Saving the planet or salving your conscience?

As part of our series about climate change, Peter Foy challenges us all to make a real difference

Planet Earth is in a mess. The oceans are awash with plastic. The Amazonian forests, the “world's lungs”, are burning.

It's time to make a change, and you very probably feel as if you’re already doing your bit.

You recycle your plastics and glass, right? You are exploring options for electric or hybrid cars. Maybe your kids are striking one day a week to save the planet.

But, really, do any of these life choices make one iota of difference?

According to the World Economic Forum CO2 levels are still rising. Before the Industrial Revolution the levels of CO2 in the atmosphere stood at 280 parts per million (ppm). Six years ago they burst through the 400ppm level. As of 3 June 2019 the level was 414.4ppm.

The countries responsible for these levels of CO2 are well documented. The top 15 "villains" account for more than 70 per cent of the overall total. 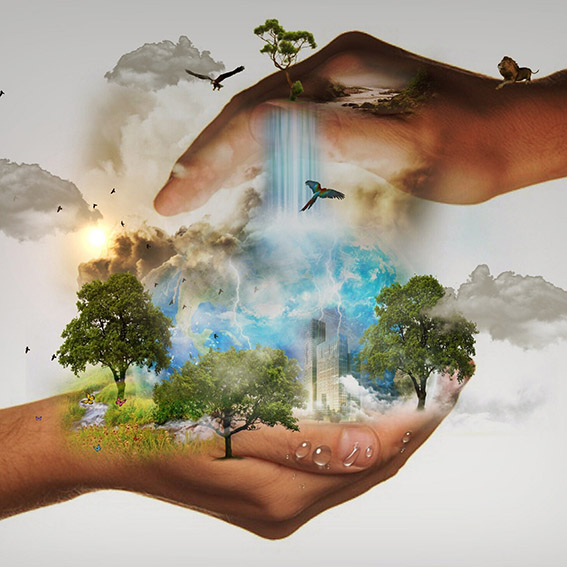 In the past 60 years, since plastic really became part of our everyday life, we have generated 6.3 billion metric tonnes of plastic waste. 5.7 billion tonnes of this have never been recycled, accounting for 90.5 per cent of historical waste.

Allow me one last fact.

90 per cent of the plastic in the oceans is sourced from just 10 rivers. Of those, eight are in Asia and two are in Africa. None of them is in a western developed democracy.

To reiterate my opening gambit, Planet Earth is in a mess. And it's a big mess.

But will that mess really be sorted by you taking your plastic, glass and cardboard to the supermarket recycling point while your kids or grandchildren are still using disposable nappies?

The simple fact is that while most of the individual actions we take are laudable they are also irrelevant. At best sticking plasters and at worst, responses to marketing hype.

Take food packaging as a case in point. We are now being encouraged to buy fruit and veg that is loose to reduce plastic use. But that plastic isn't just there for convenience: it prolongs the life of the food.

Take the plastic away from a cucumber and it wrinkles and becomes waste. Food waste has a far greater carbon footprint than the packaging we have got rid of.

“The carbon footprint of food is so much bigger than the carbon footprint of the package,” says Nina Goodrich, director of the Sustainable Packaging Coalition. Any increase in food waste will quickly wipe out the gains of cutting out packaging, but as Ms Goodrich observes: “The consumer might not be aware of that because the package waste is more visible.”

What is more, food might be merchandised without packaging but it didn't arrive at the shop like that. It would be impossible, with our current logistics infrastructure, to move product without packaging.

Take any aspect of your life and think about the impact it has on the environment.

That stash of "bags for life" that grows every time you make an ad hoc visit to the supermarket and forget to take a bag.

Going on holiday this year? A family flying from London to Greece will produce a carbon footprint that is far greater than they will ever save by using paper bags and recycling their waste.

Those are just facts.

Now don't get me wrong. I am an ardent recycler, because I don't want to make things worse. But I try not to fool myself that I am making things better.

If we want to make things better then we need to make macroeconomic and societal changes on an international level.

Those changes will mean either denying the developing world access to the lifestyle we enjoy or finding an arrangement where everyone accepts a new normal in which we tread more lightly on this fragile planet.

Whatever we settle on, the world’s citizens need to do a lot more than install a selection of coloured bins in their kitchens.

If we’re not prepared to “get serious about climate change” as one of my young colleagues recently urged, then we should prepare for the destruction of our planet.

That will almost certainly solve the climate crisis by wiping out the world’s population.

Because, after all, we are the problem, aren’t we?

If you enjoyed this article, you may like: “We just need to get serious about climate change: a teenager’s perspective on global warming”

You may also enjoy: In praise of plastic