If there’s one trait that every employer should want to bring out in their staff, it’s creativity. This can be broadly construed, but it has to do with a willingness to think in new ways, to solve problems, and to cast off traditions that no longer serve a purpose.

Researchers are agreed that creative workplaces are better for employers, because they enhance productivity and innovation. For employees, it makes for better mental health, reduced absenteeism and greater job satisfaction.

There’s a macroeconomic benefit to creativity too, as research by Adobe points out. According to its State of Create Study from 2016, 82 per cent of respondents to a survey of the UK business community believe creativity is a key driver of economic growth. That’s a staggering figure, especially when you consider that, according to the same research, less than a third of UK workers believe they are encouraged to develop their creative skills.

As UK plc comes to terms with a post-Brexit world (as well as the pandemic) we are going to need all the creativity we can muster. We need to tap into the creative juices of the 66% of the workforce that feels it has more to offer. To help you play your part, here are five ways to make your working environment more creative. 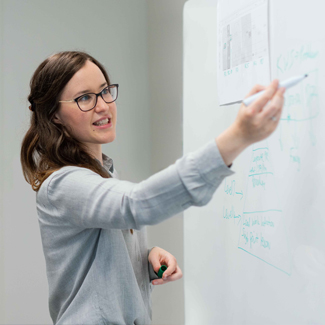 1) Encourage teamwork and collaboration – where appropriate

"No man is an island, entire of itself". So said the poet John Donne, and he was definitely onto something. Although some tasks require careful concentration and a degree of solitude, the best way to foster a creative working environment is to get people interacting. Encourage them to share ideas and bounce around fresh thoughts. There’s a reason companies like Google set up their workplaces to be as relaxed as possible, engendering a "chilled out culture". That’s how you get staff to look at the world in fresh ways – and it’s through this that the great ideas come about.

2) Give your introverts space to be themselves

For all the benefits of loud, chatty workspaces, every employer will have staff whose best thinking is done alone. These so-called introverts aren’t necessarily shy or self-effacing. They just know that they’re more likely to come up with something brilliant if everyone gives them some space. So that’s exactly what good employers do – create areas where employees can go for quiet time, to mull things over and dream dreams. Think Don Draper lying back on his couch in Mad Men or Patrick Jane doing similar in The Mentalist. It’s a simple fact of life: sometimes, people need space to think. Give it to them, and the results can be spectacular.

3) Don’t be precious about hierarchies

The most creative workplaces are those where every member of the team knows they can share an idea and have it taken seriously. If you want to encourage your people to think big, you need to make sure they’re free to say what’s on their mind. This doesn’t mean doing away with management structures, although the business guru Jim Collins is happy to suggest gently tugging at their seams. It just means creating a culture in which everyone is valued, and given a chance to come up with the next great idea.

4) Be flexible about working patterns

Heard the one about the genius whose best ideas come into her head at 4am? Of course you have, because it’s a tried-and-tested cliché that creativity doesn’t stick to a regimented nine to five. So how about showing a bit of leg in your working hours? Let staff come and go, honour the time they put into thinking about work when they’re not actually present. Give them space to head out for a run in the afternoon, or read a novel, or head to the cinema. Whatever gets their creative juices flowing will be good for them, and good for your business, too.

5) Encourage a bit of time-wasting

The global corporation 3M encourages staff to spend up to 15 per cent of their time at work on projects of their own devising. It’s thanks to this that the world has the Post-It note and reflective number plates. Both of these products were developed during that 15 per cent. And they’ve both made 3M a fortune. Something to think about when you’re guiding staff on how to spend their working hours.

You may also like to read: Ten ways for an employer to engage their employees