What are the most common spelling mistakes on CVs?

Small typos and mistakes are the bane of a working adult’s life – and nothing’s worse than letting one slip on your CV! According to Business Insider, here are the most frequent grammar slip-ups we make.

‘Manger’ instead of ‘manager’

This error is usually found when CVs are rushed, resulting in a missed ‘a’ in the word ‘manager’. Grammar checking programs aren’t likely to pick this up as ‘manger’ is a correct word – which is why it’s very important to proofread everything yourself!

This minute difference in wording is the most common typo candidates make on their CV. A lot of people tend to use ‘lead’ in its present tense form instead of the correct past tense of ‘led’, which leads to confusion with the metal of the same name.

‘Insure’ instead of ‘ensure’

Another example of verbal being confused with written form – ‘ensure’ means you’re making sure of something, whereas ‘insure’ is used chiefly in conjunction with monetary subject matter, and gives a sentence an entirely different meaning!

‘Impliment’ instead of ‘implement’

The mistaken spelling of ‘impliment’ likely comes from how it’s said in verbal speech, which results in the false transcription of the word. This one is noticeable if left unchanged, as recruiters will pick up on it quite quickly! 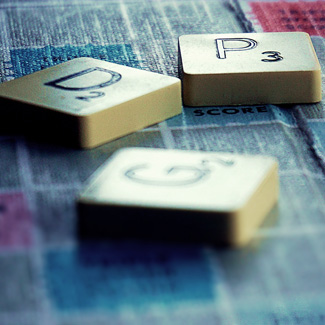 ‘Identity’ instead of ‘identify’

Though not as common as some of the other mistakes in this list, candidates confusing ‘identify’ with ‘identity’ managed to still stand out. Like most of the other incorrect spellings on this page, it’s hard to detect with autocorrecting software, which means the human eye is required to spot the mistake.

‘Definately’ instead of ‘definitely’

‘Compliment’ instead of ‘complement’

‘Compliment’ means something very different to ‘complement’ – so if you’re not talking about complimenting (or praising) someone, it most likely doesn’t belong in your CV. A recruiter needs to be able to understand what you’re communicating, so make sure that your wording is clear.

This one has certainly made a lot of us scratch our heads! It can be hard to ascertain when to use ‘affect’ or ‘effect’, which is why this tends to end up wrong on CVs. ‘Affect’ is mostly used as a verb and means “to influence or make a difference to”, whereas ‘effect’ can be used as a noun or a verb but is most commonly used as a noun. ‘Effect’ means “a result or an influence” as a noun and “to bring something about as a result” as a verb. Confusing!

You may also like: How to use LinkedIn to get your next job

Just Recruitment is recruiting for an Electrical Wire person on behalf of a company based in Braintree, Essex.

The role will involve mechanical and electrical assembly, wire and electrically test distribution and MCCB boards, cabinets and cable harnesses. The role also has the potential for new product development by building prototype boards and testing boards before product launch.

Read more
Designer
About the role

Read more
Administrator
About the role