The 10 best Christmas songs… ever!

You may be sick of the Christmas music that’s dominating airwaves just now. But in case you’re not, here’s a countdown of the top 10 – decided by us!

There’s something uniquely pleasurable about Christmas music. It combines an overriding sense of good cheer with a rare ability to capture all that’s lovely about the season.

Of course, the fact it appears on the radio and in shops sometime around late October can be a bit jarring. There’s a high chance you’ll be sick of it by the time the big day finally comes around.

But let’s forget all that for a moment and focus on what we love about festive music-making. To get you in the spirit, here’s the Just Recruitment Christmas Songs Top 10. Why not see if you and your colleagues agree with our choices?

10. Must Be Santa by Hal Moore and Bill Fredericks

9. Fairytale of New York by Jim Finer and Shane MacGowan

This song provoked some controversy among our choosers. Just Recruitment editor Tim Gibson claims to dislike it to such an extent that he’d cheerfully include it in a list of the “World’s Worst Christmas Songs”. But for many, it’s the finest festive tune ever written, with Shane MacGowan’s meandering brogue just enhancing the fun.

Given a boost this year thanks to the film of the same name, Last Christmas is a stalwart of music radio during the festive season. Made all the more poignant by George Michael’s untimely passing, it’s a worthy addition to our list. 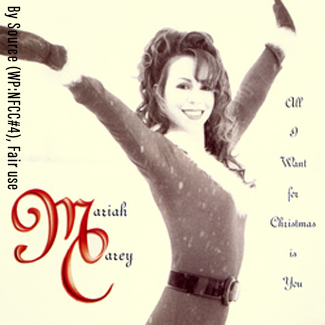 7. All I want for Christmas Is You by Mariah Carey

It’s hard to believe All I Want for Christmas Is You has only been around since 1994, so permanent a fixture has it become in Christmas playlists. Mariah Carey pretty much wrote it to order as a big seasonal hit to keep her record label happy. Backed up by a brilliant video, the song has more than delivered.

6. Rocking Around the Christmas Tree by Johnny Marks

Performed by Brenda Lee in 1958, Rocking Around the Christmas Tree feels as fresh today as it did back then. If ever a song deserved the moniker of “timeless classic”, this is it. And if you can’t find a video of Lee performing it, have some fun with this Mel Smith and Kim Wilde cover instead.

Hauntingly beautiful with a country-and-western vibe, Blue Christmas is an Elvis classic that repays a listen at any time of the year. For extra enjoyment, check out his duet with Martina McBride – a refreshing change of gear from jingle bells and holly trees.

4. Do They Know It’s Christmas? by Bob Geldof and Midge Ure

For anyone who grew up in the 1980s, Do They Know It’s Christmas? is the defining song not just of the season but of the whole era. Bob Geldof channelled his fury at the famine in Ethiopia to bring his rock-music chums together. The result is one of the most high profile acts of charity ever seen, not to mention a crackingly good song. 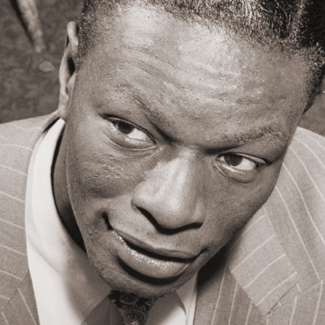 3. The Christmas Song by Robert Wells and Mel Tormé

“Chestnuts roasting on an open fire…” Who doesn’t know the opening phrases from Nat King Cole’s classic Christmas favourite? Listening to The Christmas Song is like taking a swig from a cup of mulled wine: warming, comforting and profoundly festive. A must-have for any seasonal playlist.

2. Have Yourself a Merry Little Christmas by Hugh Martin and Ralph Blane

First sung by Judy Garland in 1944 and made famous by Frank Sinatra, Have Yourself a Merry Little Christmas is a jazzy little number that always hits the right notes. For all the strengths of the classic renditions, we reckon you can’t go far wrong by dusting of the Bublé to experience this song at its very best.

Choosing our Number One was always going to be tricky, so we’ve been led by the numbers. The Bing Crosby version of White Christmas is reported to have sold 50m copies – making it the best-selling song in the world, ever. Add in the 50m additional copies sold of versions by other artists (the little-known Garth Brooks cover has an oddly compelling homespun vibe) and you can’t deny that this is a Christmas hit like no other.

If you enjoyed this article, you may like: Have a very merry Christmas with these seven great British traditions