What’s in a name? Well, quite a lot if you’re a musician who happens to be called “Josh”, as Tim Gibson discovers

I’ve never been one for organising my stuff alphabetically. Some of my friends are zealous about this: head into their study or living room and you’ll see books, DVDs, CDs and vinyls all studiously arranged from A to Z. Some even group them thematically, rather like HMV used to: “Metal bands, A-Z, Singer-Songwriters, A-D” and so on.

Not me, alas. I like to think my shelves are a bit more of a creative muddle. If you need a book or album, I can probably lay my hands on it (eventually). But it won’t be stored in any logical order. It’s more about where I happen to find a gap.

Which is why Spotify has been such a revelation to me. It organises my albums, songs, playlists and favourite artists alphabetically. Of course it does: it’s an online music catalogue. That’s what they do.

Apart from making it much easier to find the music I’m looking for, I’ve noticed an interesting side effect: I can now see how many of my artists have the same name.

Tim, for example, features just once in my library (Tim McGraw, reflecting my love of country music). David features a couple of times: David Bowie, obvs, David Gray. There’s one Bryan (Adams), and a Ryan (Adams, too) and a smattering of Chrises (including de Burgh, but please don’t judge me).

But the thing that leapt out at me today is the proliferation of artists called Josh. And even more striking is the fact that not a single one of them is well known.

So, just in case the “J” section of your library is looking a bit spare, here are three of the best musical Joshes from my collection. Happy listening! 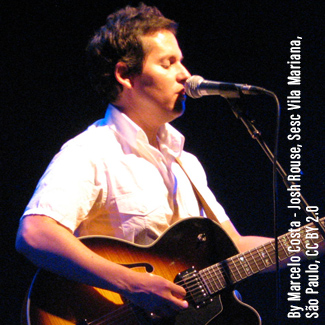 Actually one of my favourite recording artists, ever, Josh Rouse is from Nebraska in the US but now lives in Spain. A rootsy, alt-country-come-folk-pop specialist whose music is tinged with nostalgia, Rouse has an uncanny knack for writing catchy melodies and clever lyrics.

His biggest album to date has been Nashville, which won widespread critical acclaim and was one of the best albums released in 2005 (a good year for this genre, which also spawned Ryan Adams and the Cardinals’ Cold Roses). But he’s prolific, and you can jump in pretty much anywhere in his back catalogue and be struck by his brilliance.

Less melodic than Rouse, Josh Ritter is nonetheless an impressive singer-songwriter whose music is renowned for its philosophical depth.

His latest album, Fever Breaks, is produced by alt-country legend Jason Isbell, who would have made this list if only his name was “Josh”. It’s as good a place as any to try Ritter’s music, showcasing his range and lyrical dexterity.

Start listening to Ritter and you may recognise some of his music from the background of various TV shows. He is a favourite among the producers of The Good Wife and The Good Fight. But whether or not you’ve heard it before, you’ll soon feel a sense of familiarity: Ritter is a deeply empathic writer, with whom listeners connect instantly. 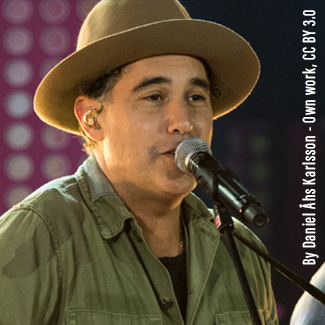 There is definitely a theme among the “Josh” music-makers: they tend to specialise in acoustic music that is lyrically clever and uses minimal instrumentation to create a soothingly retro vibe.

That’s certainly the case with Joshua Radin, whose breakthrough album was 2008’s Simple Times. It was only Radin’s second album, but proved especially successful thanks to significant radio play of the single “I’d rather be with you.”

Radin’s latest single is “Here, Right Now” and listening to it offers a double whammy of satisfaction: as well as bringing you pleasure, you’ll be supporting the North Shore Animal League America, to whom Radin is donating all proceeds from the single.

The best of the rest: other musical Joshes to enjoy

The Josh-dominance of music playlists doesn’t end with Rouse, Ritter and Radin. Other talented Joshes include:

Josh Groban: dusky-voiced tenor and actor whose music sells in big numbers in the US

Josh Turner: multi-platinum US country singer, who has sold more than 8 million records around the world

Joss Stone: okay, so she’s one letter and a chromosome short of being a “Josh”, but the list wouldn’t be complete without a mention of child soul prodigy Stone – one of Devon’s most successful musical exports

You may also enjoy: Weather myths: fact or fiction?