What is the future of the car?

If the government is fixed on banning petrol and diesel cars, it needs to invest in the automotive sector, says Tim Gibson

Put your money where your mouth is. That’s the response coming from the car industry after the government unveiled plans to bring forward the ban on petrol and diesel cars.

In an announcement on Tuesday, 4 February, Prime Minister Boris Johnson said the proposed ban on sales of traditionally powered cars would be implemented in 2035, rather than 2040 as originally planned.

In a further move, he said the ban would extend to hybrid vehicles. As a result, the only new cars on sale in the UK from 2035 will be powered by electricity or hydrogen.

That sounds like a great idea. As David Attenborough, who launched the initiative alongside the PM, has repeatedly said, if we don’t act now on climate change it will be too late.

Even so, we need to be realistic. As the Society of Motor Manufacturers and Traders (SMMT) argues, the technology needs to be in place to support a ban on fossil-fuel-powered cars. If it isn’t, it is unlikely to be enforced.

As things stand, all-electric cars make up a minuscule proportion of overall vehicle sales in the UK. Data from 2019 puts the figure at 2.3pc, rising to 10pc when you factor in hybrid vehicles.

Even news from Deloitte’s Global Automotive Survey that 1 in 10 buyers is planning on purchasing an electric vehicle when they next upgrade doesn’t change the technology shortfall currently blighting the sector.

The truth is that all-electric cars just aren’t viable for the average motorist. They have insufficient range to support journeys of more than 200 miles, making them unfeasible as transport for people who routinely travel long distances or don’t have access to a decent charging infrastructure.

As SMMT chief executive Mike Hawes made plain in a statement in response to Mr Johnson’s announcement, it will “take more than industry investment” to realise the government’s “challenging” ambition.

In other words, unless the government is prepared to subsidise significant research and development in the automotive sector, there simply won’t be the technology to implement the ban on petrol and diesel cars by 2035.

Given that the industry is already struggling as a result of Brexit and global economic forces (output among UK manufacturers was down 14.2pc in 2019 ­– the lowest it has been since the recession of 2010), it is not a good time to expect game-changing innovation.

Sure, a number of manufacturers have either launched or are launching all-electric vehicles with extended ranges. The Jaguar iPace has an official range of 292 miles, for example, and Ford claims its new Mustang Mach-E will be able to cover 300 miles on a single charge.

But anyone who’s driven an all-electric car will tell you these official ranges rarely play out in reality. The iPace, for example, seems capable of around 190 miles per charge in real-world conditions: much better than first-generation EVs like the original Nissan Leaf or Renault Zoe, but still not good enough. 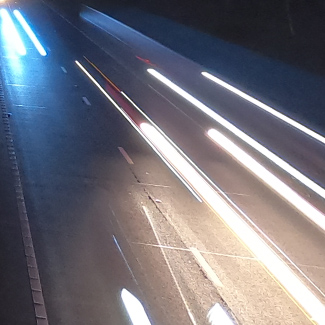 And as for hydrogen cell technology, it promises great things, but is so nascent as to be unworthy of consideration as a viable solution within 15 years.

All of which means the government’s commitment stands on shaky ground. It requires a revolution in the automotive sector, at a time when finances are weaker than ever.

It’s not that decarbonising the car industry by 2035 is an unworthy ambition, nor even that there isn’t the will among manufacturers and the buying public to give it a jolly good go. But it’s hard to see how it can be achieved without a significant influx of cash.

So, Mr Johnson, the question is this: what is the government doing to support the achievement of your bold target? Because now more than ever, the planet needs realism as well as hope.

If you enjoyed this article, you may like: Just testing: Volvo XC40 R-Design T3 Automatic FWD

You may also enjoy: Why Dry January is my smartest decision of 2020 so far